Skip to content
Home/Writing Tips/Twelve Lessons on Fiction: The Essentials in Developing Your Novel (Part I)
Previous Next

Twelve Lessons on Fiction: The Essentials in Developing Your Novel (Part I) 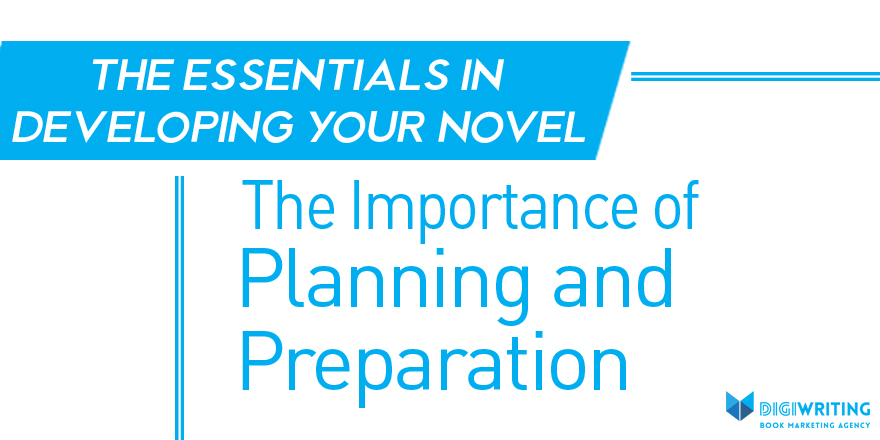 The Importance of Planning and Preparation

In the first of a twelve-part blog series, founder of Books from Start to Finish Graham Schofield shares his thoughts on the elements authors must consider in their desire for success in fiction writing.

In Part Two in the series, Graham will look at Characters and then Plot and Pacing in Part Three.

I Don’t Need to Plan—Just Write

Let’s get this out of the way first. Yes, there are people who can sit down and write a novel without any planning, but they are few and far between. If you are attempting to write fiction for the first time, then I very much recommend that you heed these words. Those who attempt to follow the approach of the minority very often get stuck, lose their way, and give up. If you don’t believe me, here’s Mark Twain:

“A man who is not born with the novel-writing gift has a troublesome time of it when he tries to build a novel. I know this from experience. He has no clear idea of his story; in fact, he has no story. He merely has some people in his mind, and an incident or two, also a locality, and he trusts he can plunge those people into those incidents with interesting results.”

So, if you want to make it to the end and see that book published, then this blog series is perfect for you, and here is where to start.

I’ll take you through various components for initial planning in a moment, but note first that I’ve called them that rather than “steps,” since the order is up to you. They are simply the building blocks that you should cover first of all, to give yourself a fighting chance of getting to the end.

The point I’m making here is that you need, from the very start, to give some context to your ideas. What you need to start thinking about is your finished book and someone, intrigued by the title, reads the ‘blurb’–the back cover overview–which completes the job of drawing them in. You don’t need to have finished writing that because you’ve not even developed the plot yet, but what you do need is to feel you have a strong idea of what your book is about.

OK, this is where the chicken and the egg start fighting it out, and you could have decided this first, but let me explain. If you are already a sci-fi fan in terms of what you read then you might decide to write your own—hence you’ve set your genre first—but let’s stick with the PI and the heiress. You have the idea, but since you love sci-fi, you decide she’s been kidnapped and taken into the future. You see how what you’re going to write about is expanding?

I’m sure I don’t need to explain any more about what does or doesn’t come first, but the important thing here is to know what your intended market is. If your book is a romance, will it be one of interest to those in their teens, early twenties, or thirties?

Answering this question can often be covered automatically when you choose your genre, but it’s important that you recognize that is not always the case. If we stick with our PI again, how about we make the heiress a teenager? Now we can make the story suit a younger audience … if you wish to.

The heiress is taken into the future, but how far? If she’s taken into the past, how far? If we forget young adult and sci-fi, we still need to know where the book is set and in what period. Do you want a contemporary setting or are you thinking of a new Philip Marlowe?

So the heiress is captured in modern-day America, but where? Do you use a real town or city or make something up? The former means lots of research unless it’s somewhere you know; the latter means you need to do more planning.

You might not even have a title yet, and sometimes they aren’t finalized until the book’s written, but let’s take a stab at something we can use throughout the series—an adult crime thriller with a contemporary setting:

A 24-year-old heiress is kidnapped from her home in modern-day New York and, with the demand that no police are involved, her father engages a PI to find her and bring her home.

So now we know what we plan to write about but, as Mark Twain suggested, we’ve still got a heck of a way to go before we start writing. Next up is starting to develop our character profiles and then the outline of the plot, but you’ll have to wait for the next two episodes for those.

In that case, why not follow the suggestions here and start your careful planning of that novel you’ve always wanted to write?

Have you ever started writing a book and not succeeded? What can you learn about that from these ideas?