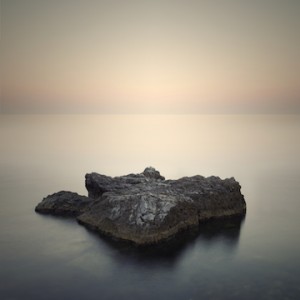 This is the twelfth blog in the weekly 15-part Discovering the Greatness in Smallness: 15 Qualities of Great Short Story Writers series by Susanne Carter.

“A writer doesn’t solve problems. He allows them to emerge.” –Friedrich Dürrenmatt

The characters in Maile Meloy’s second collection of short stories, Both Ways is the Only Way I Want It,  are conflicted and eminently human in wanting life “both ways.”  The wayward husband in “The Children” who wants to keep his marriage and family intact while continuing an affair with a younger woman; the nuclear plant worker in “Lovely Rita” who tries to stop a co-worker from selling her body in a raffle yet can’t help but imagine himself as the one with the winning ticket;  the grieving father in “The Girlfriend” who suffers both the pain of not knowing how his daughter was killed and later learning the shocking truth that is even more painful—all of these characters are caught between choices, making their decisions difficult. “There are no clear lines here, no obvious right answers,” writes reviewer Celeste Ng. “But that’s what makes these stories so compelling.”

Annie Proulx’s “Brokeback Mountain” explores the relationship of two ranch hands who develop an intense emotional and sexual attachment one summer in Wyoming.  Although their association continues for two decades through brief liaisons, “their relationship is never resolved, never faced up to, always haunted by fear and confusion,” according to Proulx.  The issue of acceptance of one’s sexual orientation in an environment hostile to gays is beautifully illustrated in this wrenching story that elicits empathy but offers no solutions.  It ends on a note of sorrowful resignation for one of the partners, Ennis:

There was some open space between what he knew and what he tried to believe, but nothing could be done about it, and if you can’t fix it you’ve got to stand it.

The entire plot of Tim O’Brien’s “On the Rainy River” focuses on the narrator’s quandary—should he obey his draft notice and be sent to Vietnam or flee to Canada?  He spends several days on the Canadian-American border, anguishing over his conflicted emotions that range from “outrage to terror to bewilderment to guilt to sorrow and then back to outrage.”  On one side of the Rainy River freedom beckons to a fantasized hero who envisions himself as a man of “conscience and courage.”  On the other side are a host of American images—marching bands playing, little league teams, LBJ, Abbie Hoffman, a cabbie from the Bronx, the last surviving veteran of the Civil War—exerting an even stronger pull.  Although the narrator eventually makes a choice—“I was a coward. I went to the war.”—it is the gut-wrenching, soul-searching process of his arrival at this decision that is the heart of the story.

The destructive power of methamphetamine addiction features prominently in many of the bleak southern Appalachian stories written by Ron Rash.  Individuals make self-destructive decisions, tearing apart families and destroying relationships in stories such as “The Ascent,” “Back of Beyond,” and “Those Who Are Dead Are Only Now Forgiven.” In “The Ascent” an 11-year-old boy experiences isolation and abandonment by his parents who squander their limited resources on drugs.  He seeks solace in a downed airplane he discovers in the snowy woods nearby where he can build a fantasy world of acceptance and family. The meth-addicted son in “Back of Beyond” has kicked his parents out of their own home, but the mother defends him, saying, “It ain’t his fault, it’s the craving.”  In “Those Who Are Dead Are Only Now Forgiven,” a young man who has left Appalachia and gone to college to begin a different life has the chance to convince his girlfriend to do the same when he returns home on a visit, but she rejects his offer. In a surprising twist, his friends lure him back into the self-destructive cycle he thought he had escaped.

Rash offers no remedy for this problem that pervades backwoods America—meth addiction is merely one facet of the rural desperation that grips his characters’ lives.

Do you prefer stories that offer solutions?