Skip to content
Home/Writing Tips/Short Story Series: How to Entice Your Reader
Previous Next

Short Story Series: How to Entice Your Reader 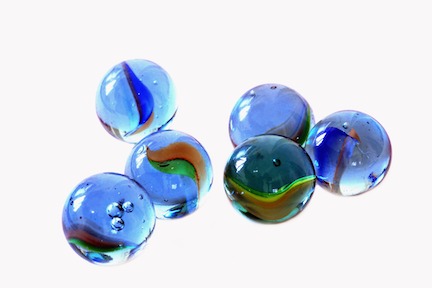 This is the tenth blog in the weekly 15-part Discovering the Greatness in Smallness: 15 Qualities of Great Short Story Writers series by Susanne Carter.

“The first sentence of a book is a handshake, perhaps an embrace. Style and personality are irrelevant. They can be formal or casual. They can be tall or short or fat or thin. They can obey the rules or break them. But they need to contain a charge. A live current, which shocks and illuminates.” —Jumpha Lahiri

Great short story writers know that, given the conciseness demanded by short stories, they have at best only a few precious sentences in which to entice readers to read on who might otherwise do their shopping elsewhere.

Here are some opening line(s) that have put stones in my shoes and made me want to keep reading.

You thought everybody in America had a car and a gun; your uncles and aunts and cousins thought so, too. Right after you won the American visa lottery, they told you:  In a month, you will have a big car. Soon, a big house.  But don’t buy a gun like those Americans.  “The Thing Around Your Neck” by Chimamanda Ngozi Adichie

He dreams, amidst the clutter, of sparseness, purity, the shelling dark star-haunted reaches beyond the grasp of this constrained little world, where distances are measured in light-years and even the galaxies fall away to nothing. But dreams get you nowhere, and Martha’s latest purchase, the figured-mahogany highboy with carved likenesses of Jefferson, Washington and Adams in place of pulls, will not fit in the garage.  The garage, designed to accommodate three big chromium0hunghunks of metal in the two-ton range, will not hold anything at all, not even a Japanese fan folded like a stiletto and sunk to the hilt in a horizontal crevice. There are no horizontal crevices—not vertical either.  The mass of interlocked things, the great squared-up block of objects, of totems, of purchases made and accreted, of the precious and unattainable, is packed as tightly as the stones at Machu Picchu.  “Filthy with Things” by T. Coraghessan Boyle

I fell in love with the minister’s son the winter I turned fourteen. He was not Chinese, but as white as Mary in the manger. For Christmas I prayed for this blond-haired boy, Robert, and a slim American nose.  “Fish Cheeks” by Amy Tan

“The grandmother didn’t want to go to Florida.”  “A Good Man is Hard to Find,” by Flannery O’Connor

First, try to be something, anything, else. A movie star/astronaut. A movie star/ missionary. A movie star/kindergarten teacher. President of the World. Fail miserably. It is best if you fail at an early age – say, 14. Early, critical disillusionment is necessary so that at 15 you can write long haiku sequences about thwarted desire. It is a pond, a cherry blossom, a wind brushing against sparrow wing leaving for mountain. Count the syllables. Show it to your mom. She is tough and practical. She has a son in Vietnam and a husband who may be having an affair. She believes in wearing brown because it hides spots. She’ll look briefly at your writing then back up at you with a face blank as a doughnut. She’ll say: ”How about emptying the dishwasher?” Look away. Shove the forks in the fork drawer. Accidentally break one of the freebie gas station glasses. This is the required pain and suffering. This is only for starters. “How to Become a Writer” by Lorrie Moore

Rubiaux awakes out of time. In pitch darkness. He scratches his leg where it isn’t with his hand that is not there. The water level is now up over the stacked supports, soaking him a good inch. But it has stopped. Prayer has worked, if only partly. But there is something new in the darkness now — breathing, movement. Others. He keeps his own breath steady, feigning slumber, waiting for light to grow in the east.  “Rubiaux Rising” by Steve de Jarnatt

They say she must have been crazy.

They shake their heads, in sadness and in wonder. “Survival” by Nancy Lord

The remarkable thing in dreams: people say what he never hears in waking. Fat. They say it to his face, not behind his back, or clear of earshot. The word is succulent in their mouths—“faaat”—stretching out like the waist on his sansabelt pants.” “Labors of the Heart” by Claire Davis

One day you have a home and the next you don’t, but I’m not going to tell you my particular reasons for being homeless, because it’s my secret story, and Indians have to work hard to keep secrets from hungry white folks.  “What You Pawn I Will Redeem” by Sherman Alexie

What is your favourite story opening?