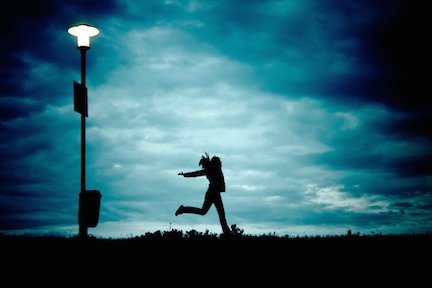 This is the eleventh blog in the weekly 15-part Discovering the Greatness in Smallness: 15 Qualities of Great Short Story Writers series by Susanne Carter.

“It is my feeling that a story is not finished until it is read, and that the reader finishes it through his or her life experience, prejudices, world view and thoughts.”—Annie Proulx

Edgar Allan Poe, the father of the American short story, believed that writers should know the ending of their story before beginning to write.  “Nothing is more clear than that every plot, worth the name, must be elaborated to its dénouement before anything be attempted with the pen,” he wrote.  It is only with the dénouement constantly in view that we can give a plot its indispensable air of consequence, or causation, by making the incidents, and especially the tone at all points, tend to the development of the intention.”
Sherman Alexie would agree with Poe as he habitually writes the last sentence of his stories before anything else. “If I don’t have the last sentence, I don’t have the story,” he says.  Not all writers follow the “Poe” model, however. Many writers say they don’t know how their story will end until it emerges as the story progresses.

Regardless of when in the course of developing their stories that writers create their endings, those written by great writers span the spectrum from hopeful (Chitra Banerjee Divakaruni’s  “Mrs. Dutta Writes a Letter”)  to tragic (Flannery O’Connor’s “Everything That Rises Must Converge”) and are capable of shocking us, perplexing us, amusing us, provoking us, relieving us, and infuriating us. However, if they are great, these story endings leave us thinking about them over and over.

Ron Rash has a “great gift for hard-hitting surprise endings,” writes New York Times Reviewer Janet Maslin.  His coarse and backwoods southern Appalachian characters are hardly predictable and often lead us down certain paths, only to suddenly veer and take totally unexpected turns that catch us totally off guard unless we’re Rash fans (and I am one); then we know to be on the lookout for curve balls.  Don’t expect the mystery egg thief in “Hard Times” to be a suspected neighbor or a hungry snake.  Rest assured the elaborate escape scheme concocted by the convict in “Trusty” won’t go as planned.   And just because Jody has been to college and experienced the world beyond Appalachia in “Those Who Are Dead Are Only Now Forgiven,” don’t think he’s not capable of making an irrational, self-destructive decision at the end of the story that is likely to destroy his future.

Rash is equally gifted at writing ambiguous endings that refuse to tie up stories in neat conclusive knots.  While his stories are tightly constructed, his endings feel finalized but often open-ended and inconclusive, inviting interpretation and speculation.

The protagonist in Ron Rash’s “Falling Star” slashes the tires of his wife’s community college teacher because he resents his wife’s passion for learning and growing away from him. The jealous husband later learns that his actions have been recorded on videotape.  We share the husband’s anxiety about his fate as the story ends, but we don’t know if his marriage survives, if his child is taken away, if he goes to prison, or what his future holds.  It is this character’s overwhelming sense of dread—an emotion rather than an action—that ends this story perfectly.

For an instant the air is filled with the report of the sternum snapping. Michele’s never seen a bird like this. The snowy feather redden as blood wells up around the prongs.  He feels the give of the meat as he plies the rake form the bird’s breast.  Its beak opens and closes, leaking the tight sorrowful cry of a baby, a cry that will come to mean America.

Tim O’Brien’s “On the Rainy River,” which I believe to be one of the best short stories ever written, is narrated from the standpoint of a young man drafted into the Vietnam War who spends a week alone on the American-Canadian border, agonizing over the decision whether to flee north or go to war.  The story ends simply but the emotional impact of the narrator’s agonizing decision lingers long afterward:

The day was cloudy. I passed through towns with familiar names, through the pine forests and down to the prairie and then to Vietnam where I was a soldier, and then home again. I survived, but it’s not a happy ending. I was a coward. I went to the war.

Great short story writers often writing endings that are neither dramatic nor sensational.  They can be quietly effective, as those written by Jumpha Lahari often are.  In “A Temporary Matter” the sorrow of losing a child causes a husband and wife to drift apart.  The ending leaves us sharing this couple’s grief at the quiet realization that silence has destroyed their relationship:

Shukumar stood up and stacked his plate on top of hers. He carried the plates to the sink, but instead of running the tap he looked out the window. Outside the evening was still warm, and the Bradfords were walking arm in arm. As he watched the couple the room went dark, and he spun around. Shoba had turned the lights off. She came back to the table and sat down, and after a moment Shukumar joined her. They wept together, for the things they now knew.

Similarly, Lahari’s “Interpreter of Maladies” ends quietly with a slip of paper “fluttering away in the wind.”  No one notices this seemingly inconsequential act but Mr. Kapasi because along with the paper containing his address, all hopes of the tour guide’s imagined relationship with the lovely tourist, Mrs. Das, slip away:

He watched as it rose, carried higher and higher by the breeze, into the trees where the monkeys not sat, solemnly observing the scene below. Mr. Kapasi observed it too, knowing that this was the picture of the Das family he would preserve forever in his mind. (p. 690)

Chitra Divakaruni’s “Silver Pavements” records a series of disappointments a young Indian woman experiences when she comes to the United States to begin college and nothing matches her expectations of “a far-off magic land where the pavements are silver and the roofs all gold.”  From the dingy Chicago apartment she shares with her relatives to the dirty slush balls hurled at her by boys in the streets chanting racial slurs, everything seems like a disappointment.  The story ends, however, with a hint of hope as the narrator touches snow for the first time and makes a realization about life:

When I finally look down, I notice that the snow has covered my own hands so they are no longer brown but white, white, white. And now it makes sense that the beauty and the pain should be part of each other.  I continue holding them out in front of me, gazing at them, until they’re completely covered.  Until they do not hurt at all. (p. 56)

What is your favourite story ending?