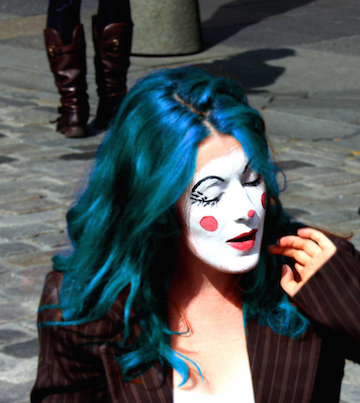 Who Drives Your Story: Part 9

This is the ninth blog in the weekly 15-part Discovering the Greatness in Smallness: 15 Qualities of Great Short Story Writers series by Susanne Carter.

“It begins with a character, usually, and once he stands up on his feet and begins to move, all I can do is trot along behind him with a paper and pencil trying to keep up long enough to put down what he says and does.” ― William Faulkner

Great stories invariably have strong character development.  Plots are often secondary to characterization or even nonexistent in many stories. In even the shortest of great short stories, the characters are so real that we could swear we know them—the patronizing racist (Julian’s unnamed mother) in Flannery O’Connor’s “Everything That Rises Must Converge,”  the perpetual storyteller (Thomas-Builds-A-Fire) in Sherman Alexie’s “What It Means to Say Phoenix,” the lonely cowboy (Chet) in Maile Meloy’s “Travis, B.,” and the child abuse victim who rises above her trauma in Cristina Henriquez’s “Beautiful.”

An elderly Indian woman coping with widowhood and displacement is an unforgettable character in Chitra Banerjee Divakaruni’s short story, “Mrs. Dutta Writes a Letter.”  Indian tradition and family pressure demand that Mrs. Dutta move from her Calcutta flat to her son’s faraway San Francisco home when she becomes a widow.  She goes with a determination to be happy and needed.  But we agonize with her as Mrs. Dutta realizes that she and her old world ways are neither wanted nor needed in her son’s household.  Defying convention and expectation, Mrs. Dutta makes the gutsy decision to return to her homeland.  We are excited for her newfound autonomy as we read the letter she writes to a friend in India explaining her quest for happiness:

I cannot answer your question about whether I am happy, for I am no longer sure I know what happiness is. All I know is that it isn’t what I thought it to be. It isn’t about being needed. It isn’t about being with family either. It has something to do with love, I still think that, but in a different way than I believed earlier, a way I don’t have the words to explain. Perhaps we can figure it out together, two old women drinking cha in your downstairs flat (for I do hope you will rent it to me on my return) while around us gossip falls — but lightly, like summer rain, for that is all we will allow it to be. If I’m lucky — and perhaps, in spite of all that has happened, I am — the happiness will be in the figuring out.

Rick Bass’s beautiful story, “Swans,” lacks a traditional plot.  It is really an extended character sketch of and tribute to a gentle Montana back-to-the-land woodsman who gradually fades with dementia, as witnessed through the eyes of a neighbor.

The times when Billy went into the woods to cut logs for all his various fires—the times when he went past my cabin without stopping—he would often miss the turnoff for the small road that went into his woods, and he would just keep going—a mile or two, I suppose.  Then I’d hear him stop, and he’d back up the road in reverse, engine groaning—backing all the way to the turnoff—embarrassed, at first, and telling me about it, laughing, on my front porch the next day (as if I’ not been able to see it clearly, with my own eyes, from where I was sitting); but then as it happened more often, he stopped talking about it.

I’d sit there every day and watch him drive past in reverse, backing the big empty truck to a spot where he could turn around and go back into the woods and down onto the land his family had owned for more than a hundred years.

It must have struck some chord in Billy—going backwards like that, with the engine straining, things falling away from him, out the front windshield, getting smaller rather than larger.   He took to doing it all the time—driving backwards—even while going to the mercantile for groceries.

It was real hard: watching him whom I admired and respected, whom I wanted to emulate, disappear, as if being claimed by the forest itself. (pp. 34-35)

One of the most highly acclaimed war stories ever published, “The Things They Carried” by Tim O’Brien, doesn’t really have a plot.  The “story” introduces us to seven grunts who served together in a platoon during the Vietnam War.  We meet and follow these soldiers into the jungle through O’Brien’s descriptions of the litany of physical and psychological baggage they lug with them into combat—both the tangible (a girlfriend’s pantyhose around a soldier’s neck for good luck, M&Ms, comic books, a VC thumb, toilet paper, tranquilizers) and the intangible (grief, terror, love, longing, shameful memories, and the common secret of cowardice) (p. 20).  In this story nothing really happens other than we feel like, by the end of this story, we know these soldiers and “the things they carried” intimately.

Who is your favourite character from a story?