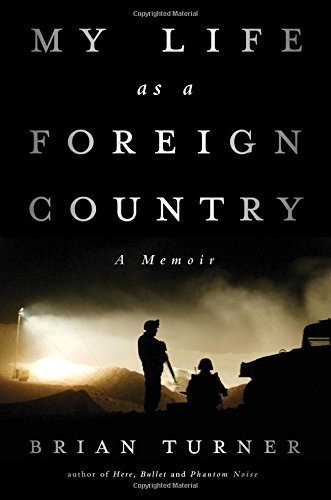 The Challenges Of Writing War Narratives

During the past several years I have been searching for a Tim O’Brien of the Iraq-Afghanistan Wars. I’ve read much of the literature from these wars in search of a writer with the depth of introspection and beauty of language that O’Brien brought to the literature of the Vietnam War era. These narratives have given me an accurate representation of what it’s like to fight in a desert war with no front lines where explosive devices are the enemy’s main weaponry; to be female and sexually assaulted by your own colleagues but afraid to report the incident to your superiors; to be stationed for months in a lonely mountainous outpost in Afghanistan described by Sebastian Junger as an “anti­paradise–heat and dust and tarantulas and flies and no women and no running water and no cooked food and nothing to do but kill and wait”; to return home to a grossly inadequate VA health care system, especially if you suffer from PTSD; to reintegrate into a country you no longer understand that is divided in opinion about our continued intervention in the Middle East; in short, to continue a “war without end.”

I finally discovered what I was looking for in Brian Turner’s memoir, My Life as a Foreign Country. In this essay I discuss his memoir as an example of war writing that has the qualities I was searching for. And in the Writers’ Notes, I provide insight into what makes an exceptional war narrative.

My Life As A Foreign Country

An award-winning poet who served seven years in the U. S. Army, Turner has written his memoir in 136 short vignettes that do not attempt to recreate his experiences but to understand them. This fragmented, non-linear representation of his insights into war are drawn from his own perspective as well as that of civilians and soldiers from present and past wars. He describes the ritual of Vietnamese soldiers who are washed before returning home from war and their warrior names replaced with their given names; the preparation of a female Iraqi suicide bomber for her chosen mission; the loneliness of exhausted American soldiers masturbating in showers “filled with lovers transported by their own touch”; and the continuing toll of war exemplified in the death of unsuspecting Dutch fishermen who pull up a World War Two bomb in their fishing net.

Turner comes from a military family (at the age of 13 Turner’s father taught him to mix napalm and blew things up for entertainment) with the belief that you enlisted to prove your manhood. “To be a man,” he writes, “I would need to walk into the thunder and hail of a world stripped of its reason, just as others in my family had done before me.” (p. 104)

Aside from his military heritage, however, Turner is also a poet who “cannot help but see the world, even the world of combat, in terms of beauty, fragility and heartbreaking splendor,” writes Washington Post reviewer Roxanna Robinson. “His poetic gaze irradiates his world, and he draws us, fascinated and horrified, into the innermost coils of war.” And although the subject matter doesn’t make for the easiest of reading, “the beauty of the language offers solace for the somberness of the message.”

The Things They Carried

In one of the book’s most powerful images, reminiscent of Tim O’Brien’s masterful short story “The Things They Carried,” American soldiers barge into the home of a terrified Iraqi family. Similar to the way O’Brien introduced a platoon of grunts by the things (physical and psychological) that they toted into the jungles of Vietnam, Turner describes the baggage these soldiers carry as they force their way into the homes of Iraqis, hunting for the enemy:

The Theatre Of War

Turner probes mankind’s fascination (“part intoxication” and “part pathology”) with what he describes as the “theatre of war.”  The theatre is “the space where war disentangles itself from the structure of human norms to trash into the natural world, the idea of beauty, all that some might view as the closest this world can come to a kind of sacred perfection.” (p. 103)

In a similar way, O’Brien describes the contradictory nature of war that is both “beautiful” and “grotesque” at the same time:

“For all its horror, you can’t help but gape at the awful majesty of combat. You stare out at tracer rounds unwinding through the dark like brilliant red ribbons. You crouch in ambush as a cool, impassive moon rises over the nighttime paddies. You admire the fluid symmetries of troops on the move, the harmonies of sound and shape and proportion, the great sheets of metal-fire streaming down from a gunship, the illumination rounds, the white phosphorous, the purply black glow of napalm, the rocket’s red glare. It’s not pretty exactly. It’s astonishing.” (p. 87)

Emphasizing With The Enemy

Tim O’Brien, as well as other Vietnam War writers, were among the first war writers to humanize the enemy. In O’Brien’s “The Man I Killed” O’Brien is continually haunted by the image of the young Vietnamese soldier he killed. He tortures himself by fantasizing who this soldier might have been. “The man I killed” was possibly a mathematics scholar, O’Brien imagines, who dreamed of being a teacher.   He wrote romantic poems at night and had fallen in love with a classmate who liked his quiet manner.  Although he was not a fighter, “the man I killed” had been taught “that to defend the land was a man’s highest duty and highest privilege.” (p. 119)  He had accepted this patriotic duty, but he hoped and prayed that the Americans would go away so that his bravery would not be tested, lest he disgrace his family and village.

In his memoir, Turner empathizes with the Iraqi grandmother who demands $7 in compensation for her two chickens that were accidentally murdered with enemy fire; the family that is terrorized by soldiers ransacking their home, before the Americans discover they have the wrong address; and the traumatized children who have never known what is like to live in peace.

The difficulty of coming home became a major theme in the writings of Vietnam War veterans, and it is a recurring issue in the vignettes that comprise Turner’s memoir. After his tours, he wanders the globe from country to country, “trying to shake the past and find a world I can live in,” (p. 162) and accepts the challenge of reentering the civilian world, day by day:

“Each day is a day a sniper can’t view me in a scope, the crosshairs aiming at my rib cage or my groin or the midline crease of my upper lip. It’s a day when a bullet can’t puncture the philtrum to shatter my upper jawbone and travel through the cavern of speech to ricochet off the bony interior surface of the spinal cord, leaving me coughing and sputtering my own blood on a dirt road as shadows lean over calling out my own name to me, saying, ‘You’re gonna make it, Sgt. T, hang in in there, buddy. Keep talking to him—keep him awake.’ Each day is a day without artillery shells fashioned into roadside bombs. Or grenades. Or mortars. Or vehicle rollovers. Or drownings. These are the days I can subtract from the war.” (p. 118)

Among his many reflections on wars past and present, Turner poses the question that continually haunts veterans: “How does anyone leave a war behind them, no matter what war it is, and somehow walk into the rest of his life?” (p. 154).

Many veterans have written about their war experiences. In the United States several national writing projects have been started that encourage veterans to write as therapy to aid in the healing process.

Tom Morkes compares the process of creating to his experience fighting in Iraq, as he writes:

“It wasn’t until I started writing that I realized the same lessons I learned in the impersonal, external combat zone in Iraq could be applied to the very personal, internal combat zone of creation. As writers, we fight an internal creative battle daily. We do it not because it’s easy (it’s not), but because we seek to produce something worthwhile, impactful, and important. In many ways, writing is war; the obstacles and setbacks are painful, the emotional hits can be brutal, and not everyone who starts finishes. Writing is uncertain, tough business. It’s not for everyone.”

However, as Steven Pressfield writes, “It is not enough, if you’re a warrior, to simply tell your story of war. The reader has read a thousand war stories. Nor does truth count. You get no points for ‘This really happened.’ The warrior’s experiences, if their recounting is to hit home with the reader, must be evaluated on the same terms as fiction, meaning their narrative power and soul-relevance alone.”   In other words, a war story has to move beyond personal experience if it is to have literary merit. Tim O’Brien so expresses it simply:

Exceptional war writers have these qualities:

Have you been particularly affected by a war narrative?