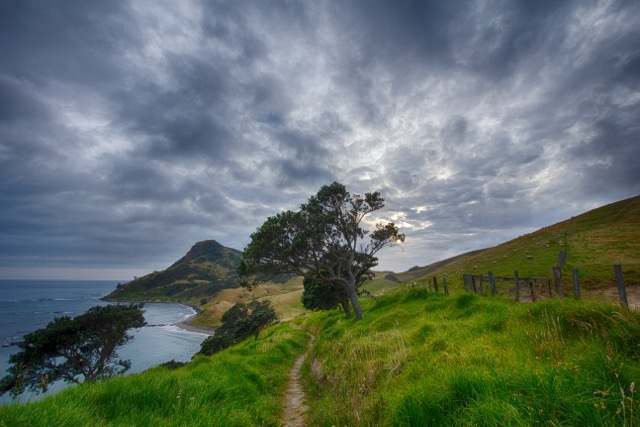 Enrique (whose last name is never disclosed to protect his privacy) was only five years old when his mother left him behind in Honduras to begin a new life in the United States. Lourdes believed the separation from her son would last no longer than a year while she earned enough support to finance his way to her new country.

Eleven years later and tired of waiting, Enrique set out on the harrowing journey from Honduras to North Carolina. On his eighth attempt, Enrique found his mother but the reunion was far from the idealized version each of them anticipated. Sonia Nazario’s Enrique’s Journey (Random House, 2006) traces Enrique’s 1,600-mile odyssey as representative of the 48,000 children from Mexico and Central America to enter the United States without their parents illegally each year.

In this essay, I discuss Nazario’s quest to authentically recreate Enrique’s journey. In the Writers’ Notes I offer guidance on writing and researching stories such as this one.

“For a good while,” Nazario confesses, “I sat on the idea. As a journalist, I love to get inside the action, watch it unfold, take people inside worlds they might never otherwise see. I wanted to smell, taste, hear, and feel what this journey is like.” (p. xiv)

“I wanted readers to feel they were sitting next to Enrique on top of that freight train as he made this modern-day odyssey,” said Nazario during an interview. “The only way to do that was to recreate scenes in gripping detail, and to do the journey myself.”

Living with the “constant danger of being beaten, robbed, or raped,” Nazario spent six months retracing Enrique’s steps two times, all the while conducting extensive interviews with Enrique and his family as well as other immigrants, immigrant rights advocates, shelter workers, academics, medical workers, government officials, police officers, and members of the clergy, trying to comprehend the depths of desperation that drive Central American women to leave behind their children in hopes that they can create a better life in the United States.  Enrique’s Journey, five years in the making, grew out of a series Nazario wrote for the Los Angeles Times, which won the Pulitzer Prize for feature writing in 2003.

Although Nazario felt much of the same misery and exhaustion as Enrique, she admits that her experience was “only an iota of what migrant children go through.” (p. xxii)  While she could pull out a credit card and buy a shower, food, and bed for the night after a long train ride, migrant children typically sleep on or by train tracks, drink water from rain puddles, and beg for food while they are making their way north. They are often robbed, beaten, and raped. While most of these immigrants are adolescents, children as young as 7 have been found on top of freight trains, hoping to find their way to their mothers.

The High Cost Of Family Separations

The perils of the El Tren de la Muerte (The Train of Death) journey have been well documented in films and news reports as the flood of immigrants coming north continues. But Nazario takes an insightful diversion from the migrant journey itself to explore the lasting psychological trauma of parent-child separations.

Every migrant woman Nazario interviewed believed her separation from the children she left behind would be brief. Immigrants must be optimistic to be able to leave everything that is familiar to them in exchange for the unknown. By the time mothers and children are together again, however, children often feel anger and resentment at their abandonment. Mothers feel their children should show gratitude for the sacrifices they made to keep their children out of abject poverty instead of anger. After living months and even years apart, mothers and their children inevitably feel distanced, especially if the mothers have started new families, as Enrique’s did. Conflicts inevitably develop as they try to reestablish their relationships. Mothers often pay a heavy price in the form of family disintegration, destroying the thing they value most.

Beyond the personal side of the story, Nazario also examines political, economic, and social issues related to immigration and offers possible solutions to the associated problems, although it is Enrique’s personal narrative that stands at the forefront.

Not everyone has the financial backing of the Los Angeles Times to research and write a prize-winning series on immigration. Not everyone can spare the time or afford to travel south into Central America and recreate the dangerous immigrant journey. Not everyone has access to hundreds of individuals Nazario interviewed to compile this narrative.

But that doesn’t mean you can’t write a compelling narrative. Many authors have excellent non-fiction accounts who did not have the opportunity to experience or recreate the events about which they have written—In Cold Blood by Truman Capote, The Perfect Storm by Sebastian Junger, Unbroken by Laura Hillebrand, Hiroshima by John Hersey, and Escape from Camp 14 by Blaine Harden are but a few examples.

Based upon Enrique’s Journey, these qualities stand out as primary attributes that make poignant non-fiction narratives:

Nazario attributes her success in part to examining social issues about which she is passionate. In an interview she explained:

I always hope to educate people about the biggest issues of our time in a compelling, engaging way. I want to grab them by the throat and take them on a ride, take them inside a world they might not otherwise see, and educate them about that world. Ultimately, I hope that if people see something that’s wrong, that’s unjust, they will act in some way—big or small—to address that issue.

Nazario chose a broad social issue with “gut emotional appeal” to her—immigration—and then humanized it by choosing to explore it through the experience of a migrant adolescent. The odyssey of Enrique is representative of many migrant children but the story is his own. From the book’s first sentence—“The boy does not understand”—readers share that intimate journey with him.

The appeal of Enrique’s Journey in part stems from Nazario’s ability to take readers “inside worlds you wouldn’t otherwise see.” The view of the world from the top of a freight train is very different from any that most of us have ever experienced. We are there alongside Enrique as he heads north with minimal preparation and possessions. We are fascinated and stunned at the same time as we see a different world through his eyes.

Writing a narrative such as Enrique’s Journey requires extensive research and the ability to analyze and weave together factual information in a way that is both informative and interesting to readers. Nazario’s recreation of Enrique’s journey adds a human dimension to the facts that makes the narrative even stronger.

Have you been particularly affected by the story of an immigrant journey?