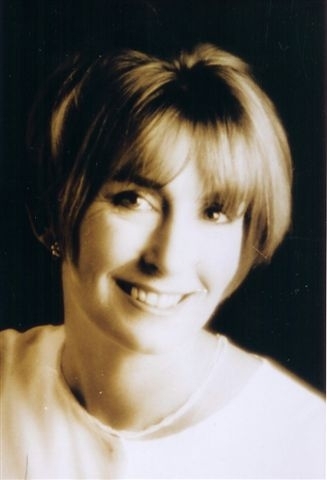 As a child I loved make-believe. My friends and I were always pretending that we were in a ballet school or running away to the circus. I also wrote pony stories in which my heroine won the cup in the gymkhana despite having the scruffiest pony, or saved the day by some daring intervention. I suppose that was when I knew I wanted to be a writer. Later, in my teens, I wrote romances with gorgeous, ruthless heroes in exotic locations. None of these were ever published of course, but I’m sure they helped hone my writing skills.

How does your geographic location affect your writing?

I am lucky enough to live in one of the most beautiful places in the world, on the Pembrokeshire Coast in Wales. This was a direct inspiration for my novel Slick Deals, which is a bit of a thriller set against the background of the danger of oil exploration in the Irish Sea. Previously I lived in south London and my best selling “Lavender Road” series stemmed from meeting some old ladies who had lived there during the second world war. Many of the incidents in those novels are based on their extraordinary wartime experiences.

It comes to me through research! I generally have an idea for a character or an incident or some aspect of life that I want to explore, so then I start reading around the subject and looking at the history, and quite quickly I find that those original ideas begin to take shape, or other, better ideas creep in. I like to have a theme behind each novel – my wartime novels, for example, explore the concept of courage, specifically how women often find inner strength in difficult circumstances.

Yes. I am a great believer in planning. For example, in my novel On A Wing And A Prayer, I needed my SOE heroine to undertake a dangerous mission at the end of the book. So I decided to make her instrumental in the sinking of the ships in Toulon harbour in France in 1942, to save them from falling into German hands. I don’t always work out every exact detail in advance but knowing where I am going allows me to create a tight, page-turning plot. It also saves me quite a bit of editing at the end!

Where do you find your inspiration for characters?

Characters are everything. I can’t stress enough how important it is to get them right. If the reader engages with the characters they will enjoy the story. I believe that good writers are generally also good psychologists. They understand that everyone reacts to things in different ways. My inspiration comes from observing people, trying to work out what makes them tick, what motivates them, what makes them do what they do, what makes them frightened, and what makes them laugh. And relishing the fact that they aren’t all exactly the same as me!

Helen Carey is the author of the bestselling Second World War novels Lavender Road, Some Sunny Day, and On A Wing And A Prayer, all published by Orion. Her latest novel, Slick Deals, a page-turning thriller set in Monaco, London, and Pembrokeshire, is proving to be equally popular. She also writes travel articles, short stories, and the occasional romance. Her new novel London Calling will be published in 2015.