I Am A Writer Series – Writing Tips From Author Sharrie Williams 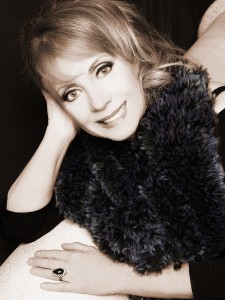 I kept a diary at fifteen and expanded to intensive journal keeping in my thirties. After my grandmother, Miss Maybelline’s, mysterious death, I knew I had to tell her story. That’s how my book The Maybelline Story was inspired.

Have you ever tried writing in a cafe? How did you find the experience?

When I was writing The Maybelline Story I’d sometimes go to Starbucks when I didn’t have internet where I was visiting. I found it better than a library. It was comfortable, and I liked the hum of people coming and going. If I needed to ask a question, I’d ask it out loud, and usually someone else working on their computer would come over and help me.

What was your favourite subject in school? Were you always a strong writer?

I was a drama major in high school and junior college. I graduated with a Bachelor’s Degree in psychology. Both subjects taught me to be a great story teller and, combined with my journaling, I progressively became a strong writer.

Being an Ira Progroff intensive journal keeping student for over thirty-five years, I have learned to tap into my inner world and develop stories I never dreamed of. It’s called automatic writing. I go into a meditation space and just let my characters tell me their stories. That’s how I wrote The Maybelline Story.

Do you get writer’s block? If so, what technique gets you writing again?

When I’m intensely writing or editing I get burned out after spending several hours in the deep space of my inner world, connecting with my characters, and have to rest. I do yoga every day and must sleep nine hours or more. It’s like turning to ice and having to thaw out. But I love it.

Sharrie Williams, heir to the Maybelline legacy, is Tom Lyle Williams’ great-niece and is steward of the vast Maybelline archives. Sharrie tells the story of the birth of the Maybelline empire and reveals intimate and never-before-told details about the fascinating family dynasty behind it.  Sharrie has been featured on Good Morning Arizona, Arizona TV: The Morning Scramble, KCAL 9, CBS California, and ABC 7, Chicago. She has also been featured in many online and print magazines in Canada, Australia, and the UK. She is currently published in China, Spain, Poland, and Estonia.

Have you ever tried writing in a cafe?