I Am A Writer Series – Writing Tips From Author Lars D. H. Hedbor 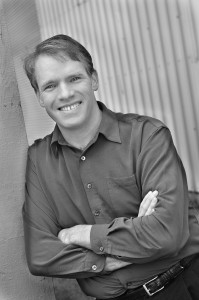 As a novelist of the American Revolution, I always know how events will unfold around my characters, but I rarely start out knowing how their individual stories will develop, much less conclude. I am sometimes struck by the fact that every character I write has been dead for centuries, and their stories are all that remain… which inspires me to tell their stories to the absolute best of my abilities. I sometimes yield to the urge to remind my readers of this inescapable fact, as when I closed The Break, a story told around the framework of letters between two friends separated by the American rebellion, with a final letter informing one of the other’s passing.

Do you ever show your writing-in-progress to friends and family, or do you prefer to wait until it has been polished and perfected?

I send my works in progress out to a few literary friends and family members nightly, and incorporate their feedback into my work. Their responses motivate me, and keep me on track to finish telling my story. I also like to share my work early with subject matter experts. For example, when I finished writing The Light, a story of the Quakers during the Revolution, I asked an historian at the Betsy Ross Museum for feedback, and she was able to point out several places where I could make the story both more compelling and truer to the experience of the people she knew best.

Who is your favourite author of all time? Do you try to emulate him/her in your writing?

I have literally read everything Robert Heinlein ever published. He wrote in a completely different genre, of course, but he was a master of creating characters who lived and breathed, and was dedicated to getting the facts right. Both of these are traits that I work hard to emulate. The highest praise I’ve ever received was from an historian who told me that The Prize–set firmly within his area of expertise–contained nothing that could not have happened exactly as I described.

Did you always want to be a writer or did you fall into the profession?

As a schoolboy, I expected that I would be a writer. However, as an adult, I found a profession in the technical trades, writing computer code and selling software. It was only after a particularly rough patch in my life that I turned back to writing, and tried my hand for the first time at writing something as long form as a novel. I was published within a couple of years, and I’ve never turned back.

I want to transport my readers to the era of the American War of Independence, and so I dig as deeply as I can to get the details of daily life right. Sometimes I find a lucky record of the information I want, such as the extended anthropological survey I discovered of the Tuscarora tribe of the Iroquois nation, written very near the time when my novel The Smoke was set. In that case, too, since I had a character who was viewing the culture from the outside, it was natural to work in a lot of that material as though he was the one observing it.

Lars D. H. Hedbor is an amateur historian, linguist, brewer, fiddler, astronomer, and baker. Professionally, he is a technologist, marketer, writer, and father. His love of history drives him to share the excitement of understanding the events of long ago, and how those events touch us still today.

Do you try to emulate your favourite authors in your writing?