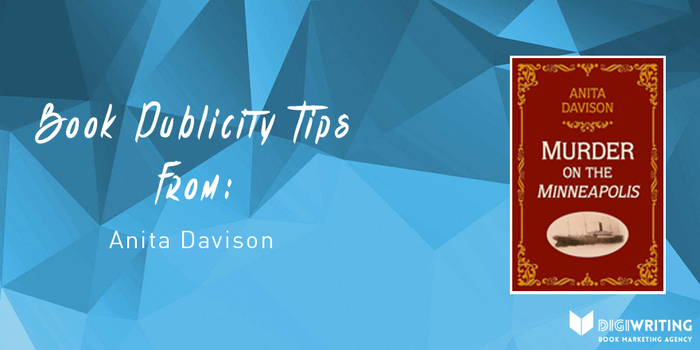 How does your geographic location affect your writing?

I have moved about quite a lot during my life, which might be attributed to the fact that I really do have gypsy blood going back a couple of generations. That may or may not have any real influence, but it’s a romantic idea. In each of my novels I have tended to feature the location where I was living at the time. My 17th century stories were based in Exeter and London, my Victorian romance was Cornwall, and my cozy mysteries are Cheltenham and London, all places where I have lived and researched the local history.

I do now! My first novel was a gargantuan 160,000 words, but I soon learned that most publishers prefer a more economically viable figure. I was advised to either reduce the word count, or make two books out of it – I did the latter. Since then I tend to keep within the 80-90k word count that publishers prefer, or risk being asked to reduce them at the editing stage.

Which do you find harder to write: the beginning or conclusion?

The beginning, definitely. Where to jump into a story is crucial to engaging the reader; if they get bored due to an over long introduction or too much backstory, they won’t finish the book.

Do you ever show your writing-in-process to friends and family, or do you prefer to wait until it has been polished and perfected?

No, I don’t show it to anyone I know. I do, however, submit my WIPs chapter by chapter to an online Historical Fiction Critique group. I have been a member for several years now and I trust their judgement as to what works and what doesn’t in my characterisation and plotlines. I wouldn’t send anything to my agent until the group has read it first – not that I follow all their suggestions!

When you begin to write, how do you get started? With an outline, character idea, title, theme, plot?

I write historical fiction, so I start with the era. My novel The Rebel’s Daughter was set during the Monmouth Revolution of 1685, so I began by researching the causes and consequences of that rising and how it would affect a family depending on which side they supported. The Goldsmiths Wife took the same characters into the events surrounding the Glorious Revolution of 1688. Royalist Rebel is an historical biographical novel about Elizabeth Murray during the English Civil War of the 1640’s. My plotline for that book was a matter of public record, so I created drama and characterisation around the family.

With my cozy mysteries, I start with the solution, then work backwards as clues are revealed and characters fall into traps that mark them out. Murder on the Minneapolis, scheduled for release on 30th June 2015, is set during the maiden voyage of a real steamship which left New York on her maiden voyage in March 1900. I loved discovering what the ship looked like, that the books for the library had not arrived in time for the maiden voyage, and that the bed covers and curtains in the suites were decorated with pink rosebuds on a white ground.

Born in London, Anita connected with the history of that city at a young age. When the rest of the school trip threw the contents of their lunch boxes at each other, Anita stared out of the windows imagining men in high white wigs, flared long coats, and heeled shoes coming out of coffee houses and climbing into sedan chairs on the cobbles in Paternoster Row, where Christopher Wren was lowered down the outside of St Pauls Cathedral in a basket. Anita also writes as Anita Seymour. Her 17th century novel Royalist Rebel was released by Pen and Sword Books, and she has two novels in the “Woulfes of Loxsbeare” series due for release from Books We Love. Her latest venture, Murder on the Minneapolis, is scheduled for release in June 2015 by Robert Hale Publishing.

Do you write with a word count in mind?