How to Turn a Negative Review into a Positive 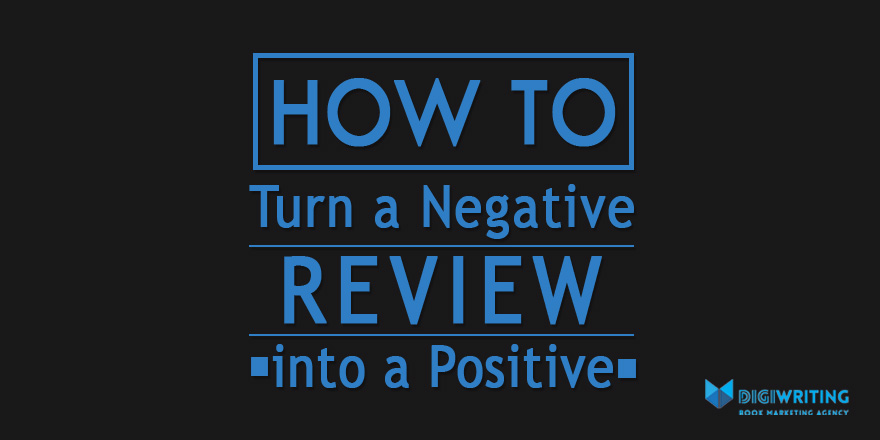 How DigiWriting & Some Fantastic Reviewers Impacted a YA Book

Note: The following blog is an excerpt from an article we wrote for NetGalley on December 3rd, 2015. To read the full piece, please click here.

“A compelling storyline, but the narration and characterization have to be improved… and it has to be done in two months!”

On an unseasonably warm September afternoon, our team arrived at the above decision after a lengthy deliberation concerning the direction of one of our client’s upcoming titles, Nirvana by J.R. Stewart. The next step was communicating our unorthodox recommendation to the book’s publisher, Blue Moon Publishers (BMP).

A few weeks before, Nirvana was featured in the final 2015 NetGalley Challenge email. With the book’s young adult and mystery/thriller category placement, Nirvana became our most requested and reviewed title yet, with thousands of impressions and hundreds of reviews, all thanks to NetGalley’s fantastic marketing programs. Combined with our own internal book marketing efforts, Nirvana looked to be well on its way to becoming a very successful title.

However, as we began to receive early reviews, it became very clear that there were particular elements of the story on which many reviewers gave constructive feedback, along with lower ratings. With an average rating of 2.5 out of 5 stars, it was clear that the book would not be as successful as first anticipated unless something was done – and quickly. After our meeting, armed with our recommendations to improve the book, we met with the publisher. As we understand that small publishers are already tight on a number of resources, we knew BMP would not be thrilled with the news.

To our surprise, Blue Moon Publishers wanted to address the concerns of reviewers, as did the author! They understood that the author of the book, J.R. Stewart, was not a typical writer, but they believed strongly enough in the concept to issue the ARC and gauge reviewer feedback. Plus, given their strict editorial standards, BMP wanted to release the best novel possible, and decided to follow our recommendation to work with J.R. and improve the book’s characterization and narration within a two-month period. In return, the publisher asked that we personally thank every single reviewer for their helpful and constructive feedback, inform them that Nirvana was going to be revised based on their comments, and, most importantly, ask if they would be willing to re-read the book.

As each email was sent, our team waited with baited breath. We understood that we were asking reviewers, some who are very busy with full-time jobs, to do something very unconventional. Amazingly, many reviewers agreed to re-review Nirvana, as they too believed in the book’s potential to shake up an overcrowded young adult genre.

After weeks of intense editorial work from a very dedicated team, on October 10th, the revised book was re-uploaded to NetGalley, and widget links were sent to eagerly waiting reviewers. With a release date of November 10th, reviewers would only have one month to update their reviews, and we understood that this request was yet another tall order.

But, within a few days, reviews started rolling in, and feedback was extremely positive! With some reviewers who did not finish the ARC now giving it 4 and 5 stars, we think it is safe to consider the revised book a success! Also, many reviewers said that it was wonderful to see a publisher and an author who actually listened to their audience, and implemented changes based on earlier reviews.

How do you handle negative reviews?