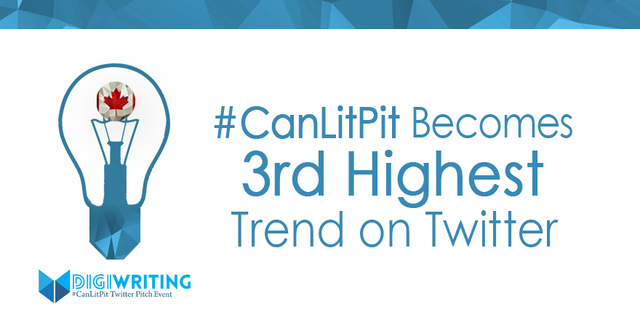 A Summary of #CanLitPit on Wednesday, February 8, 2017

On Wednesday, February 8, 2017, Canadian writers showed up in droves to participate in the second #CanLitPit Twitter pitch event!

With a number of participating publishers and industry organizations such as Word on the Street Toronto, MB Writers’ Guild, Vancouver Writers Festival, and U of T School of Continuing Studies promoting the event, the total number of posts related to #CanLitPit was over 500 and resulted in the event becoming the third highest trend in Canada! 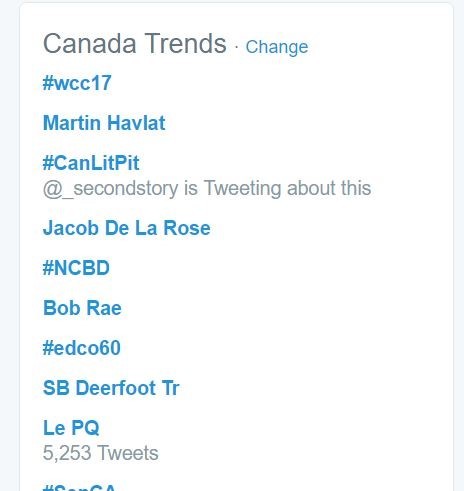 With the latest #CanLitPit behind us, our entire team is amazed at the number of Canadian writers who took to Twitter to pitch their unpublished manuscripts. While it was (once again!) obvious that young adult and children’s picture books were the most pitched, writers of various ages, backgrounds, and styles came together to foster a diverse Canadian literary community.

“With the inaugural #CanLitPit last summer, we were most surprised at how diverse and creative the pitches were. With this past event, not only did we have diverse and creative pitches, but I think the sense of community was stronger,” said Adam Mawer, #CanLitPit organizer. “Canadian writers and the literary community want a reason to come together, and #CanLitPit serves that purpose in an increasingly digital world.”

Combining the statistics from the first #CanLitPit, our total #CanLitPit numbers are brought to astonishing heights:

We want to thank anyone who participated in and helped to promote #CanLitPit before and during the event. Below, we’ve included screenshots of some of our favourite #CanLitPit tweets:

If you missed out, don’t worry! We’ll do it all again on Wednesday, July 12, 2017, with information on that event being available in early-mid April 2017 at digiwriting.com/canlitpit.

Did you participate in #CanLitPit this year?