Skip to content
Home/Featured Festival, Festival, Writing News/3 Writers You Need to Know at the 2017 Stratford Writers Festival
Previous Next 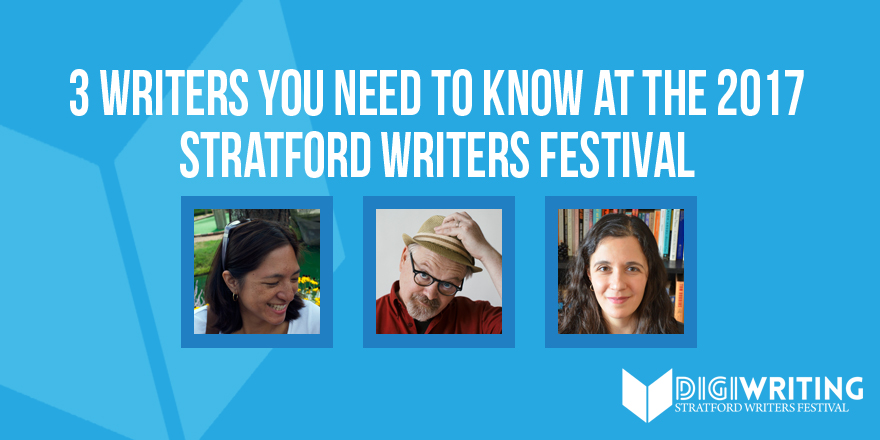 Emerging Writers to Watch in Stratford this October

From October 20—22, 2017, the Stratford Writers Festival will host over twenty-five authors and artists from across Canada. Many of these talented individuals have earned impressive awards and bestseller statuses, and their acclaimed names are already known to many. One of our most highly appreciated aspects of an arts festival, however, is the chance to see rising writers in addition to well-known favourites. Here are our top picks for emerging novelists at the 2017 Stratford Writers Festival you need to check out. They may be new to the scene now, but they are destined to become Canadian favourites!

Lorina Mapa’s unique new graphic novel Duran Duran, Imelda Marcos and Me has been called “touching and joyous” by Publisher’s Weekly, and Booklist stated that “the emotion shines through on every page.” The illustrated and highly personal memoir has also been featured on the CBC and Conde Nast Traveller, and nominated by the American Library Association as a Great Graphic Novel for Teens. Lorina will be appearing in the ​My Life: Memoirs as Told By Grief panel discussion ​with Glen Dixon and Marianne Apostolides, moderated by Alison Wearing.

Earlier this year, the Winnipeg Free Press called Craig Terlson’s debut novel ​Fall In One Day “a triumph,” and CM: Canadian Review of Materials listed it as “Highly Recommended.” With Fall in One Day, Craig brings his quirky, dark sense of humour and an ear for the dialogue he heard growing up on the Canadian prairies. He will be leading the Social Media for Authors workshop, where he will advise on best practices and tips and tricks for several online platforms, as well as appearing on the ​Past, Present, and Uncertain Future ​panel discussion with heavyweights Ron Sexsmith and Terry Fallis.

Rebecca Rosenblum has been writing for years, but her stunning first novel that marks her as one to watch was published earlier in 2017. Rebecca is the author of two acclaimed short story collections, The Big Dream and Once, winner of the Metcalf-Rooke Award and named one of Quill & Quire’s “15 Books That Mattered in 2008.” ​​Her new debut novel, So Much Love, has been described as “Olive Kitteridge meets Room and The Lovely Bones” and illuminates the unexpected reverberations the abduction of a young woman has on a small community. Rebecca will be appearing in the ​Writing with Emotion ​panel discussion ​with Jennifer Robson and Deborah Cooke, moderated by Mark Medley.

Who is your favourite new author of 2017?