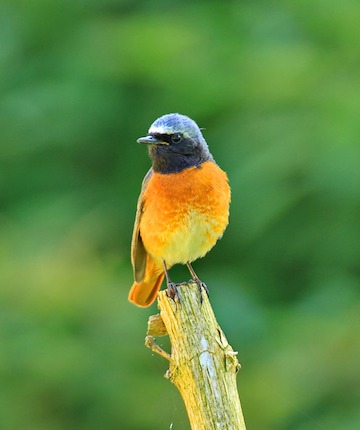 This is the sixth blog in the weekly 15-part Discovering the Greatness in Smallness: 15 Qualities of Great Short Story Writers series by Susanne Carter.

When American Indian, Sherman Alexie, began writing during his 20s, he typed on a typewriter.  If the poem he was working on drifted onto a second page, it became a short story.  Writing on a computer now, of course, has made that distinction “blurred and unpredictable.”  Alexie, who describes himself as a “hybrid,” says that the fusion of poetry and fiction is natural for him.  In fact, many of his short stories have poems embedded in them, further blurring the distinction. “I think I’m a poet with short story inclinations,” he writes.

The very powerful and beautifully lyrical ending of “What You Pawn I Will Redeem” illustrates Alexie’s “hybrid” approach to writing:

I wrapped myself in my grandmother’s regalia and breathed her in. I stepped off the sidewalk and into the intersection. Pedestrians stopped. Cars stopped. The city stopped.  They all watched me dance with my grandmother. I was my grandmother, dancing. (Blasphemy, p. 464)

Lyrical writing in any genre makes prose musical and rhythmic.  As it “sings on the page,” lyrical prose gracefully paints vivid images in the minds of readers and adds psychological and emotional depth to any writing.  Lyrical prose invites reader appreciation on two levels—for the meaning and for the sheer beauty of the language.

Descriptions like this one from Jumpha Lahari’s “A Real Durwan” reveal the character of Boori Ma, a stairwell sweeper, while the words “sing” to us.

She was sixty-four years old, with hair in a knot no larger than a walnut, and she looked almost as narrow from the front as she did from the side.

In fact, the only thing that appeared three-dimensional about Boori Ma was her voice: brittle with sorrows, as tart as curds, and shrill enough to grate meat from a coconut.  (p. 70)

In his review of Ron Rash’s Nothing Gold Can Stay, Charles May refers to two stories in the collection as “extended poems” because of their lyrical quality. Rash, a novelist, short story writer, and poet, draws a connection between the short stories and poems.  “Short fiction is the medium I love the most,” he writes, “because it requires that I bring everything I’ve learned about poetry—the concision, the ability to say something as vividly as possible—but also the ability to create a narrative that, though lacking a novel’s length, satisfies the reader.” Rash’s prose flows effortlessly.  The lyrical quality of his writing helps to soften the often harsh subject matter of his stories.

Chitra Banerjee Divakaruni, who writes very lyrical prose, even wrote a poem explaining why her short story “Mrs. Dutta Writes a Letter” is her best writing:

Why This is My Best

Because it grew out of painful visits

to houses of children where mothers no longer belonged

Because I struggled with It for years, (mis)placing it

in malls and amusement parks and, once,

before it came to rest in a backyard,

Inside a white sari draped over a fence

Even my best friend said,

why don’t you write something else

But the story had taken hold of me

with its bulldog teeth

It would not let go until I learned that

there are no villains

And Russell Banks, novelist, short story writer, and poet, describes his longtime love of the short story genre in this short poem:

[It] thrills me still. It invites me today, as it did back
then, to behave on the page in a way that is more reckless,
more sharply painful, and more broadly comic than is allowed
in the steady, slow, bourgeois respectability of the novel,
which, like a good marriage, demands long-term commitment,
tolerance and compromise.

Edgar Allan Poe, the father of the American short story, wrote both poems and stories.  More recently, John Cheever, Raymond Carver, and Ron Rash also wrote both in forms. Although I don’t believe you have to be a published poet to be a great short story writer, the best short story writers clearly know how to write sentences that flow like poetry.

Rick Bass urges aspiring writers to read poetry: “Poets can teach us about words, phrases, lines, sentences, and the concentrated efforts of language.”

In this lyrical passage from “Swans” Bass’s poetic language and imagery flow like music played on a harp:

Sometimes Amy sang, ever so quietly.  It occurred to me as I watched the swans all watch Amy (lined up, floating there on the water like children in a school recital, listening) that Amy had let go of her bakery job, and her music school, as daily as she let go of everything—tossing away all thoughts of controlling the moment (much less the wild future), as if tossing crumbs to the long-necked swans.  Casting away all control, and simply being.  (p. 29)

Is your writing rhythmic and lyrical?