I Am A Writer Series – Marketing Tips From Author James Erwin 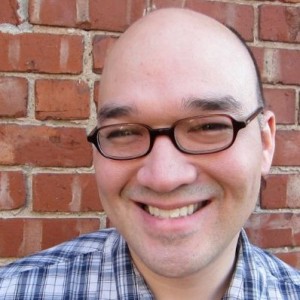 Social media has been integral to my success. I have kind of a unique story, in that I came to public view after I posted a very popular response on Reddit – which then became a Warner Brothers screenplay. Since then, I’ve relied on Reddit, Facebook, Twitter, and email to stay in contact with fans. Without those channels, I would have nothing close to the opportunities I’ve had.

Reddit can be a very powerful tool. The majority of its users are young men, but there are also millions of women and older professionals who use the site on a daily basis. Check out Reddit’s IAMA section, which connects people with interesting stories to a vast audience. (I recently held an “ask me anything” session there, which luckily brought in 180,000 viewers.) It’s free, it’s simple, and there are almost no channels that connect you so quickly to so many people. Like any powerful tool, I do recommend some practice before you pick it up or aim it, of course!

In your opinion, what is the best way to react to a negative review?

Every review, no matter how inane or insulting, contains something useful. (Some, of course, are more helpful than others.) I’m secure enough to accept and work with criticism. No matter how much effort I’ve put into any piece of writing, it’s nothing more than experience for the next one – and I don’t see how anyone can throw themselves into a project like writing and publishing a novel unless they’re insanely optimistic and self-assured to begin with!

Being on television or the radio can be nerve-racking. Can you share one of these experiences with us? How did you overcome your fear?

I once filmed a Skype appearance on Japanese TV at 4:00 AM my time. That made the process especially surreal. I have found the best way to deal with stage fright is to spend time on an actual stage. I’ve done theatre, open mics, and improv. I found it vital to my writing. Inhabiting a character’s body is a skill any author can use. You find out fast what’s immediately exciting for your audience and rewarding for you. And no negative review can feel as bad as doing poorly on stage, in front of actual people. It’s very liberating. You do poorly, you survive, and you aren’t as afraid to risk failing again. You do well, you learn from it, you use it. If you ever want to be on camera or on a stage, just find an open mic and do it now. It’s a skill anyone can use, especially an author.

Do you have a professionally designed author logo or branding? If so, why are these elements important to your overall marketing efforts?

I used a professional videographer when putting together my Kickstarter campaign and I think it made a significant difference. I could have just stared into a webcam and talked, but the video I used impressed a lot of viewers. It made the book seem more professional, and real. That’s a hurdle a lot of creators face, especially when they’re first-time novelists on Kickstarter. Make your audience believe you’re invested and serious. Commissioning professional video or cover art before you start helps to get that across.

James Erwin is an Iowa native. He has written two historical encyclopedias and contributed articles to Mental Floss, Slate, Wired, and other national media. He sold the screenplay Rome Sweet Rome to Warner Brothers in 2011. Acadia is his first novel.

What is your favourite social media channel?