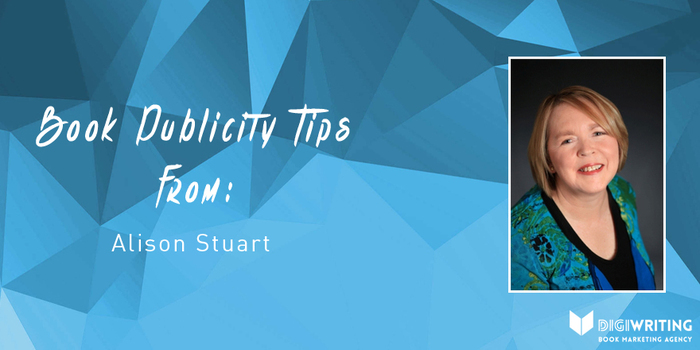 Looking to improve your marketing and publicity efforts? Check out our Book Publicity Tips series where we ask real authors to share their experiences, thoughts, and advice to assist both new and established authors.

What is the best way to respond to a negative review?

Mercifully I’ve not had many negative reviews, but those I have had hurt (what sort of review is “Meh”?). As a writer you have to understand that not everyone will “get you,” and for some reason, somebody who is not your target readership has picked up your book and for reasons best known to themselves decided to leave a negative review because, subjectively, they didn’t like it. Never, ever respond publicly (or even privately) to a negative review; you are just laying yourself open to the trolls and the resultant blood bath can kill your reputation faster than anything else.

Being on television or the radio to talk about your work can be nerve-wracking. Can you share one of these experiences with us? How did you overcome your fear?

In 2010 I was invited to be featured on a program called “My Secret Art Life” – a five minute segment where the producer of the program took a number of professionals who had, literally, secret creative lives. At the time I was a senior executive in a major emergency service. Because they wanted to film me at work, the worst part was “coming out” to my colleagues, who took it all in their stride and even asked to read my books. For the home part, I had a good friend come and hold my hand! You can still see the excerpt (although not if you are outside Australia) on my website. The book they concentrated on is my September re-release of The King’s Man. I was tickled that they actually performed a couple of the scenes from the story… does that mean I have officially been televised?

What do you prefer – author chats and discussions or traditional signings? Why?

Large author signings are overwhelming for readers and authors alike. I have had the experience of being seated next to a big name author whose queues stretched around the block. That is when you discover where you sit in the pecking order! Also, the readers who attend those sort of signings are really a) only interested in the big names and b) after “free books.” As a mostly digital author there is not much to offer! I much prefer a chance to interact personally with readers who are genuinely interested in finding out more about you and your books.

How important to do you think award submissions are for book marketing? Have you ever won or submitted for an award?

I don’t believe awards necessarily sell more books but I have had the good fortune to win one award (The Epic Award for Best Historical Romance) for By The Sword, and to have a number of award nominations for my other books, Gather The Bones in particular. I do believe that awards and award nominations go to your credibility as an author… they put you a little above the rest of the field. I certainly use them in my marketing and having them on the Curriculum Vitae has opened doors that would otherwise remain firmly closed. But you have to pick your awards and your books.

Have you ever performed a marketing “faux pas”? How did you learn from your mistake?

I am not conscious of performing any major “faux pas” with my marketing but I have learned the hard way that you have to be canny about your marketing. I am very wary these days about paid advertising. If you are going to buy an ad, make sure it is targeted to your reading demographic and not just a “scatter gun” (and I include Facebook and Goodreads ads). I don’t think I have ever bought a book from seeing a paid ad, so why would I expect my readers to either? However, I do not include paying for promotion companies such as Ereader News Today or Bookbub (if you can get in!). Whenever I have used that sort of targeted email advertising it has worked a treat… the only downside is the books have to be on a sale price!

Alison Stuart is an award-winning Australian writer of cross genre historical romances. Whether duelling with dashing cavaliers, encountering wayward ghosts, or in search of a murderer, her books provide a reader with a meaty plot, historical accuracy, and characters who have to strive against adversity, always with the promise of a future together. Alison is a lapsed lawyer who has worked in the military and fire service, which may explain a predisposition to soldier heroes and men in uniform. She lives with her own personal hero and two needy cats in a historical area of Melbourne, Australia. Alison’s latest release, the critically acclaimed and award-winning By The Sword, is the first book in a trilogy spanning the years 1650-1660. The second book, The King’s Man, will be released in September.

Do you prefer attending traditional book signings or author discussions? Why?