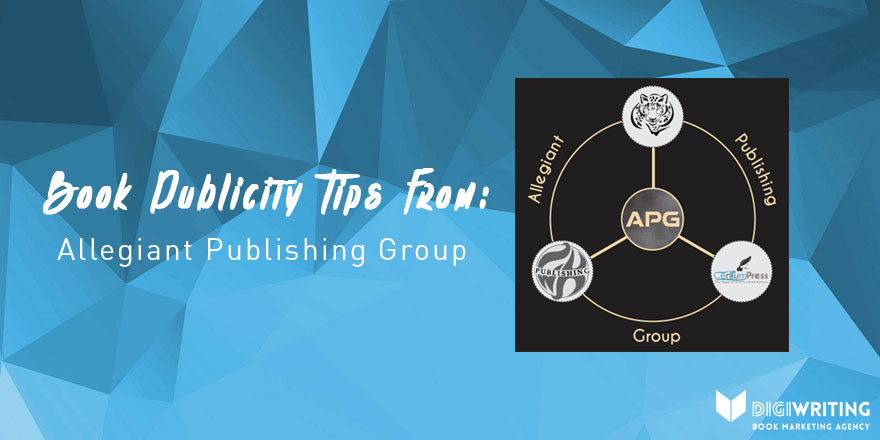 Looking to improve your marketing and publicity efforts? Perhaps you’re looking to be signed by a publisher? Check out our Book Publicity Tips series where we ask real publishers to share their experiences, thoughts, and advice to assist both new and established publishers and authors.

When do you start planning an upcoming release’s marketing?

We start planning within a few days of receiving a signed contract. We have three imprints, so coordinating everything can be difficult, and we have to make sure that we don’t overbook ourselves. Also, when you plan something well in advance, you’re able to adjust your plans as you get better and better ideas. Many times, we’ll do things differently than how we had originally planned, simply because with time we come up with better ways to do things. If we don’t plan well in advance, we don’t have time to really chew on ideas and figure out the best way to do things.

Social media is essential to our marketing efforts. A good review or a guest blog post is great, but if no one knows about it, it doesn’t do much good. We use social media to highlight all of the “good press” that our authors and books get. Social media itself isn’t enough because we have to have actual news to share, but without it, no one would ever hear about that news.

We greatly prefer Twitter because it can be used to great effect for free. We’ve found that Facebook is difficult to use for free unless you already have a large following. If not, you have to buy ads or slowly expand your reach through your friends and their friends. With Twitter, you can build a large following quite easily if you put in the work or have someone manage your accounts for you. You can follow someone in England who you’ve never met and promote your book to hundreds or thousands of their followers if they like one of your tweets enough to retweet, and it’s free! We use other social media networks, but Twitter is definitely our favourite.

In your opinion, what is the best way to communicate a negative review to an author?

You have to sort negative reviews into two categories: written by a hater or written by someone who gave legitimate feedback. Reviews in the first category are completely useless and shouldn’t be dignified with a publisher or author spending a second thinking about them. Reviews in the second category are awesome. We all have room to improve, and constructive criticism should be shared with authors so that they can do better in the future. Publishers just have to make sure that they share such constructive criticism in an equally constructive way. It’s much better to say, “Hey, this review came in, and we thought that you might want to think through how you can improve using its critiques” rather than, “Hey, this review says that your book sucks. Sorry.”

How valuable are book reviews for your authors? How do you leverage them to encourage sales?

Reviews are probably the most valuable type of publicity because they involve someone else praising a book. If a publisher or an author tells you how great a book is, you have realize that each has some “skin in the game.” There’s no way they’re going to tell you that the book is kind of crummy. Why? Because they kind of want to make money. If an independent reviewer tells you that the book is amazing, there’s probably a lot more truth to that. Most authors and publishers aren’t liars, and most aren’t going to try to sell you a crummy book, but it’s a lot easier to trust an independent reviewer’s opinion because he or she doesn’t have any skin in the game and won’t lose money if people think the book is crummy.