Short Story Series: The Extraordinary in the Ordinary 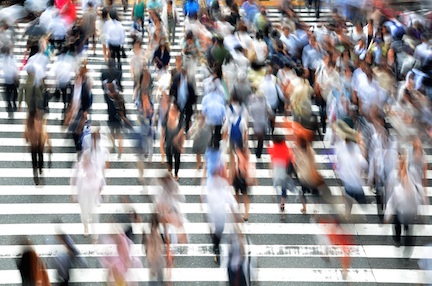 This is the fourth blog in the weekly 15-part Discovering the Greatness in Smallness: 15 Qualities of Great Short Story Writers series by Susanne Carter.

[ideas] from looking at the world we live in, from reading the paper, watching the news. It seems as though what I write is often extreme, but in truth it happens every day.”—A. A. Homes

Great writers don’t need to travel to exotic places or conjure up supernatural elements to write great stories. Great writers often find their subjects in everyday places. Their characters could be our neighbors, our relatives, ourselves.

While she was in college Elizabeth Strout, author of the 2009 Pulitzer Prize for Fiction short story collection Olive Kitteridge, said she would sit at the lunch counter of Woolworth’s and listen to people’s conversations to get story ideas.  “I still love to eavesdrop,” she says, “but mostly I like the idea of being around people who are right in the middle of their lives, revealing certain details to each other — leaving the rest for me to make up.”

Now that “tragically” the Woolworth’s counters are gone, Strout has turned to cell phone conversations for inspiration.  Overhearing “half a conversation,” she says, can provide the germ of a story.

The “cast” of more than 100 characters in Olive Kitteridge who live in the coastal town of Crosby, Maine are ordinary people who might, on any given day, find themselves eating at the lunch counter of Woolworth’s or dropping into Henry Kitteridge’s pharmacy to pick up a prescription:

When he teaches writing classes at Southeastern Louisiana University, Tim Gautreaux says he always devotes one class to a trip to Wal-Mart because it is a “marvelous source for stories.” One of his best stories, “Sorry Blood,” begins and ends in a Wal-Mart parking lot. Many of his characters undoubtedly shop there.

The grandfather in Gautreaux’s “Welding with Children” could any be any grandfather frustrated with the upbringing of his grandchildren. “Paw Paw” bemoans the fact that his four illegitimate grandchildren are growing up ignorant of religion and morality.  Feeling partially responsible for the way he and his wife carelessly reared their unmarried mothers, he turns off the TV while his grandchildren visit and tries to interest them in Bible stories. But he soon realizes he’s facing a nearly hopeless uphill battle:

“What’s the use?  I’m just one old man with a little brown book of Bible stories and a doggy-hero book.  How can that compete with daily MTV, kids’ programs that make big people look like fools, the Playboy Channel, the shiny magazines their mammas and their boyfriends leave around the house, magazines like Me, and Self, and Love Guides, and rental movies where people kill one another with no more thought than it would take to swat a fly….”  (p. 13)

Where can you find the extraordinary in the ordinary?