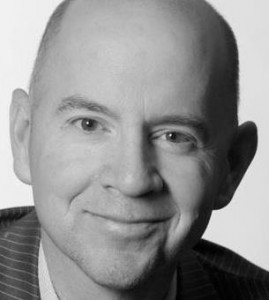 Most people worry about getting older, but four-time cancer survivor Steve Webster worried about not getting older. He was a special person with a unique perspective on life and we had the pleasure of working with him during the launch of his book this year.

Cancer had been a supporting character in Steve’s life since 1987. Since then, he had overcome addiction, undergone open heart surgery, slept months of his life away in multiple medically induced comas, and fathered two children when doctors said he’d have none.

Steve had the courage to write about his journey in Nine Lives Plus One, a gritty account of the resilience of the human mind, body and spirit. It isn’t a woe-is-me story nor a flowery feel-good tale, but rather a story of hope, love, perseverance and redemption.

While Steve has passed on, his memoir and his thoughts will continue to live. His is a story of survival, and from excerpts of reviews below, we hope that you will be encouraged to read his book and be inspired.

Here are some of the reviews Steve’s book has received:

“I loved how the book was written, a traditional format could not have done it justice. The “character” of cancer made my heart stop every time! Steve doesn’t just tell the story of surviving, he tells the story inside, almost like you look through his eyes and see the nurses, hear his experience, love who he loves. Powerful! It is courageously honest, and if you don’t know this man you need to introduce yourself to him through this book, you will be better for it!” – Sue, Amazon Reviewer (July 2014)

“This is a powerful and true story that will make you laugh and cry. This book made me see life as a gift and to never give up :)” – Sasheen, Amazon Reviewer (July 2014)

Steve’s thoughts are so inspirational that we proposed he be featured as a luminary which he still had the honour of experiencing on October 7th, 2014. You can read his full excerpt on 6 Things You Need for a Fulfilling Life but these are the words that rang clear for us:

Courage for me is knowing the difference between right and wrong and doing the right thing no matter your state or the state it will leave you in. It is also standing up and speaking out, but sometimes it is sitting down and listening.

Steve, had the courage to write his book and share his journey so that others could be inspired. When we helped him with some marketing efforts, his main goal was to share what he had learned, it wasn’t for notoriety or to make money. It is our hope that this dream of Steve’s is fulfilled, along with his parting words as a luminary:

I definitely know this much for sure. I intend to leave this planet exhausted, used up and with no other options left. I will then go to a peaceful rest, connected with the whole universe and with a smirk on my face, knowing that I did the best to live fully and completely.

Steve, smile often and enjoy your peaceful rest. May your words be a comfort to many.