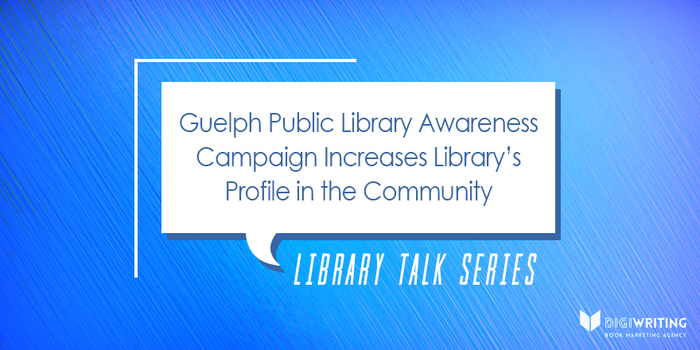 By Steve Kraft, CEO of the Guelph Public Library

One year ago at the Guelph Public Library we launched an awareness campaign titled Libraries Matter! Members of the community are now invited to engage in a discussion of the role libraries play in their lives. A new eye-catching logo was created by a local marketing firm who aligned it to our official branding. It was highlighted on social media where everyone was invited to participate in a short 5-minute survey.

Members were challenged to take selfies of themselves wearing a button with the logo and post them on social media. The goal was to raise the library’s profile in the city as well as provide testimonials about the important role we play. It was also intended to lay the groundwork for sustained community support.

We think our campaign is succeeding very well. From the comments we have gathered, we know that we are a place where all community members are welcomed and are able to access service. Liz S remarked that “the library brings the world to our city.” Mark D states that we are “the intellectual hub of the community.” And Sue P knows “libraries are a great social equalizer.”

In practical terms we measured our success by adding several thousand new members to the library, received more than 1 million visitors to our locations, and checked out over 2.2 million items. Our program attendance increased 9.9% over the previous year.

As the campaign moves into its second phase, we aim to publish and share the personal stories of our customers and supporters. A poster campaign will showcase the diversity of the clients we serve and will remind everyone of how broad our influence is in the community. Our purpose is to engage with the public and enrich their lives by attracting them to the variety of services we offer.

This campaign has been an opportunity for the public to be the storyteller and the library to become the audience. We have received valuable feedback and strong support from our community. We continue to use this information to provide successful new initiatives and fulfill the library’s strategic plan. It reminds us of the cultural, economic, and social impact of the work we do. It confirms that Guelph is a city where Libraries DO Matter!

Why do you believe libraries (still) matter?