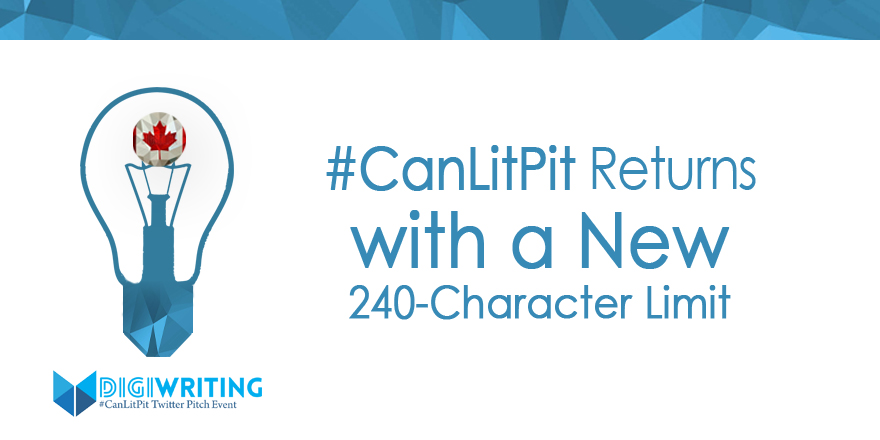 It’s back! #CanLitPit (Canadian Literature Pitch) returns on Wednesday, July 11, 2018, from 10 am to 10 pm EST. And, for the first time ever, Canadian writers will be able to pitch their unpublished and edited manuscript in 240 characters!

With the recent increase in Twitter’s character limit, we have decided to forgo the usual 140-character limit that we know many writers found challenging to work within. Doubling the character limit means writers will be able to craft more engaging pitches with the possibility of catching the attention of one or more of Canada’s top independent publishers.

Last July, #CanLitPit was once again one of the top trends on Twitter with a reach of 800,000 people and over 1 million impressions. Following the event, Allie Chenoweth, Second Story Press’ Marketing & Promotions Coordinator, said that “as an indie publisher, #CanLitPit

[is] a great way to engage with writers: either to introduce them to our press or to remind them that we are always looking for important social justice and feminist-themed stories year-round. It’s also a great way to turn the process of querying into a conversation—it’s the digital equivalent of the elevator pitch!”

As a reminder, #CanLitPit is an online pitch event open to Canadian writers with a completed and professionally edited manuscript. Using the hashtag #CanLitPit and appropriate genre and age hashtags, writers can pitch their work to top Canadian independent publishers. If a writer’s pitch receives a “like” from a participating publisher, they are welcome to submit their full manuscript following that publisher’s submission guidelines as listed on their website or social media.

Publishers participating in this year’s event are being confirmed and will be announced on our website and social media in the coming weeks and months.

To provide additional support to writers, the #CanLitPit pitch workshop will also be back and updated for our new 240-character limit! Look for the workshop on our blog and beginning July 4, 2018.

“#CanLitPit–a great idea. It can feel alienating to be a Canadian writer, amid the market dominance of the American and UK literary scenes.” – R.B. Young (@rb_young)

“#CanLitPit was fun. I’m proud of our book industry, and it was good to ‘meet’ some Canadian presses I didn’t know about before today.” – Sarah Sawler (@SarahSawler)

“#CanLitPit is a great way to introduce authors to publishers and vice-versa.” – Denise Nielson (@denielson)

“Jumping on the bandwagon for #CanLitPit by @DigiWriting! Excited to read great pitches (& send my own) for great novels by fellow Canadians!” – Tyra Anne (@tyraanne11)

How will you leverage the new 240-Character limit?