Skip to content
Home/Writing Tips/Writer’s Block: The Same story, all over again
Previous Next

Writer’s Block: The Same story, all over again 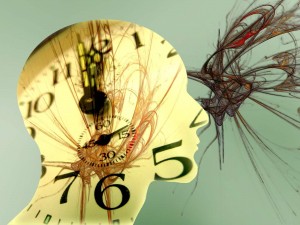 The Cycles of Productivity and what it does to your writing

Writer’s block. We usually think of it as a temporary blockage of creative spirit or energy which is resolved at some point and can be remedied through various solutions.

Things like taking a walk, doing some exercise or changing the environment are typically prescribed to battle the symptoms.
But what if this is more of a perennial disease that creeps back seasonally? What if the pattern of the way you slept was helping you to develop a chronic infection of writers block? What if even the way your hormones are cycling can affect your ability to create captivating pieces of work?

In her book “The Midnight Disease” author Alice Flaherty tries to develop a hypothesis about writers block and its opposite hypergraphia, and their connection to various things like depression, anxiety and the cycles of productivity.

In this feature article we will be looking at the cycles and how writers block can shift according to things even as simple as the changing weather.

Timing: when should I sit down and write?

There is a generally accepted view in society that people are either morning people or night owls. They prefer to work either early on in the day or feel better doing things later. When it comes to writing, the evidence is somewhat murky.

A study conducted by the Department of Psychology at Michigan State University shows that the sparks of creativity may flow in the opposite direction to the body’s natural rhythms. This means people can be more creative when they are least alert.

They can remain partly unfocused, which is a way to become more open to new ideas and paths to solutions requiring flexibility.

In the study, the participants were given either analytical tasks that required focused work to find specific answers, or tasks that required thinking outside the box. It found that people acted inversely to their self-described type and morning-people were more creative in the evening and night owls earlier in the day.

The conflict lies within the debate over creativity and productivity. Surely creativity can spark ideas, but when is the best time to sit down and flesh them out into something of substance?

A different study conducted by the American Physiological Society (“Morning-evening variation in human brain metabolism and memory circuits”) addressed the patterns of brain functions and brain activity. It is a scientifically held belief that the prefrontal cortex is responsible for certain functions like thinking and planning, and this part of the brain is most active right after waking.

We can take this information and deduce that the morning may be a better time physiologically to get the writing done. Your body is more responsive, so writer’s block may be less of an issue.

There is also an argument to be made for the various stages of life and their connection to sleep. Flaherty suggests in her book that older and younger writers may have vastly different requirements to the length and timing of sleep.

She says “because sleep rhythms change with age, it helps to experiment periodically with new regimens. Adolescents, who annoy their parents by insisting that they need to stay up until all hours and then sleep late, recently received support from scientists who have shown that their sleep melatonin rhythms really are different from normal human beings.”

The Seasons: winter blues and hibernation of your writing

We think of the weather usually only when it is foul and ruining our moods. But what if the annual effects of the seasons were impacting our ability to write? People can be diagnosed with Seasonal Affective Disorder (SAD), an affliction characterized by a legitimate feeling of depression during the darker winter months or anxiety during summer’s brighter periods. If our mood becomes depressed during the winter, surely our writing will suffer.

Flaherty continues, “…circadian and seasonal rhythms are related, for increased night length is what tells the body that winter is coming. In some animals the increase triggers hibernation; in humans, the effect is often weight gain and a desire to watch reruns. On average, people are less productive and less creative during the winter.”

Flaherty’s solution to all of this? Shift your focus.

Don’t rely on year-long sustained periods of productivity and creativity. Instead, try and plan your writing around the times of the year you are most effective. Perhaps during the winter take a break from the content and spend most of your time editing, researching and passively writing in order to take the pressure off competing with your biological condition. Likewise, in the summer, plan for extended bursts of energy and periods where the ideas continue flowing. Try not to limit your successful periods with the self-imposed rules of consistency.

As the seasons change, your work may as well. This also includes the seasonal festivities that may enhance or distract you from your work. Things like holiday parties may either put a damper on your writing by taking away your focus or may energize you like no other time. In either case, go with what you feel is the best use of your capacity and follow your body and its moods.

Hormones: what your body is trying to tell you about your writing

An overlooked part of creativity lies deep within and is regulated through things like the environment, stress, what we eat and even certain bodily functions. Fluctuations with hormones can affect our desire to write, which in turn can lead to losses in quality.

Flaherty suggests that Sylvia Plath’s writing changed according to her menstrual periods and her premenstrual syndrome. She suffered greatly during these times and the tone and content of her writing was vastly different to other times on her cycle. Flaherty even goes on to say that these wildly fluctuating hormones may have been the cause of Plath’s suicide.

Estrogen and testosterone levels have been proven to be linked to various changes in moods, appetites and physique, but what about the creative spark?

There is not enough science to suggest that things like high testosterone can lead to better writing, but if we were to go out on a limb we could assume that it affects it in some manner.

It has been proven that high testosterone can have different benefits and consequences to upper and lower class men. Flaherty says, “a high testosterone level benefits upper class men, but in lower-class men it is associated with unemployment and being unmarried, perhaps because a poor man’s aggression is more likely to get him into trouble than a CEO’s is.”

To turn this into an example related to writing, the levels of testosterone coursing through the veins may change the tone of the writing, depending on the circumstance, and probably social position.

But back to our theme of rolling with the seasons, it is important to remember that these hormones are not static and change due to various contexts and environs. If you follow these ebbs and flows rather than combating them, your mind will be more clear to focus on productive work.

Paddling upriver and fighting yourself

The key to all of this is to realize that your body is a well-designed machine that adapts to elements like the weather and seasons and encourages different hormone production at different times. And it always seems to know when the best time is to be analytical and logical and when to be free from focus and wander to solve problems in new and interesting ways.

So with this knowledge learn how your own body works. Take note of when you feel productive. Take rests when you feel like you are bashing your head against the wall to get simple things done. Watch what you eat and see how it affects your clarity and mental stream of consciousness. And above all, remember that if all else fails, just go with the flow, as your body intended.

How does your writing shift with the cycles of productivity?