Twelve Lessons on Writing Fiction: The Essentials in Developing Your Novel (Part VIII) 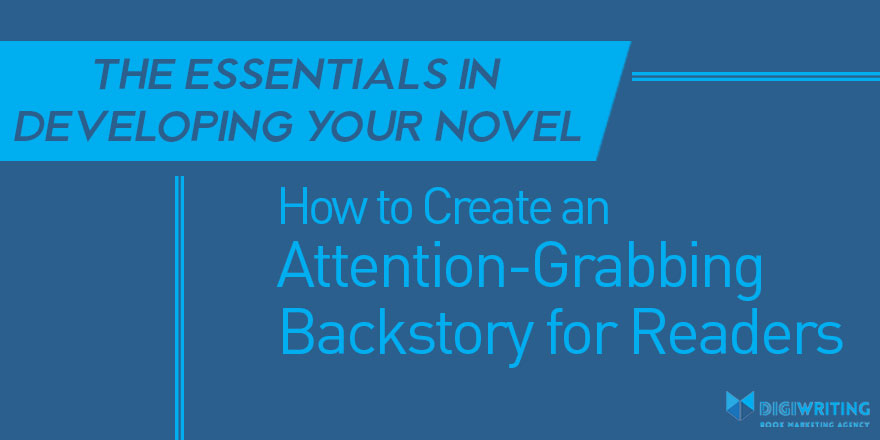 How to Create an Attention-Grabbing Backstory for Readers

In part eight of this twelve-part blog series, founder of Books from Start to Finish Graham Schofield shares his thoughts on the backstory in your book.

In part nine in the series, Graham will look at bad words, crutch words, and adverbs.

If you missed part seven, Graham discussed how to craft dialogue that will bring your story to life.

The events in your story will take place within a certain time period. It could be years or much shorter, but these are the things that require the details. However, there is likely to be a need to let your readers know about events that happened before, be they broader events that shape the whole story, or specific things that happened that shaped one of your primary characters. But when is this revealed?

One of the biggest mistake new writers make is to start their book with backstory. Have you read something that did that? Was it boring? Did you wish the author had provided a much more action driven and intriguing beginning to the main events in their story?

Your opening pages should only ever relate to that time period you’ll write about in detail; the biggest turnoff for a reader will be that, “Long, long ago…” cliche. Here’s Garth Stein, New York Times best-selling author of The Art of Racing in the Rain:

“Rushing the backstory is a terrible waste. Many writers try to get too much out too soon. If the earthquake is going to happen today, don’t start your story two days ago, even though something important happened to your protagonist two days ago. Start it with the earthquake. Then, the previous two days become the backstory that will inform our hero’s actions in the ‘now’—the fight he had with his wife, the fact that he has no gas in his car (or cash), or that his kids are stuck at summer camp and he has to get to them. Tension between what the reader knows and what the reader doesn’t know will then serve to propel your reader through your story.”

If you don’t provide essential backstory, you could leave your readers confused about things in your plot or about your characters. However, give them too much and you’ll probably turn them off, perhaps even to where they give up on your book.

Perhaps the longest way to deal with backstory is to have flashbacks. Here, you’ll write the details as you would for the “core” time when your plot takes place, but only use this potentially excessive detail when you really need to. If you must provide a lot of backstory, a flashback can be more entertaining and less likely to have readers urging you to get on with the main story.

Also, you need to be careful when you insert your flashback(s), and I would not recommend you do that close to the start. It is much better to grab your readers for the core time, then take them back in time to provide your historical details and events.

But if a flashback would be too much? Stick to what is essential. If you’re reading a book about a bank heist, you might need some information on the history of the bank in terms of who has safe deposit boxes, but you won’t need lots about how old the bank is and so on.

Your bank robbers have just arrived at the bank and they are under surveillance as they make their final preparations. As they get out of their vehicles, would now be the time to add the bank’s backstory? Of course not! That’s a real extreme, but there will always be times when backstory would work and when it would drive your readers nuts!

In simple terms, bring it in when it’s vital and only tell what’s vital.

I once edited a book, and it had a piece of dialogue that went something like this:

“That’s true darling, but we’ve been married for almost fourteen years now and we waited four years before we had the first of our children. Amy is ten now and Ben will be five soon.”

What husband or wife would talk like that? The point here is that you should never seek to tell your backstory via dialogue unless it’s simple conversation that is entirely relevant and feels natural to be part of a conversation.

There is a simple answer to this: your characters. If you’ve developed them fully (see part 2 of this series), you will know them like you know your best friend, so ask your characters. If character A needs to understand something about character B’s past before the plot can work, through your dialogue and narration, tell A what they need to know, but only that. Nothing more.

Have you read a book that had backstory and the author dealt with it perfectly? Equally, was there a book where the backstory bored you to tears and you gave up? We’d love to hear what they were.