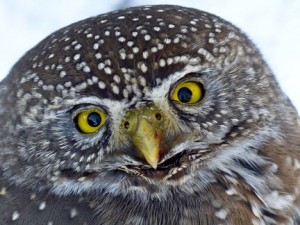 This is the thirteenth blog in the weekly 15-part Discovering the Greatness in Smallness: 15 Qualities of Great Short Story Writers series by Susanne Carter.

“The power of fiction is that it gives us, as readers, the opportunity to move inside another human being, to look out through that person’s eyes, hear with her ears, think with his thoughts, feel with her feelings. It is the only form of art which can accomplish that feat so deeply, so completely. And thus it is the perfect bridge for helping us coming to know the other – the other inside as well as outside ourselves.”—Marion Dane Bauer

In her introduction to New Stories from the South 2000, Ellen Douglas writes that a story is an art form that helps us understand our experiences.  It presents “an ‘as if’ world,” she writes, “new with every writer, that makes the reader say, ‘Yes, that’s how things are. I hadn’t thought of it quite that way before, but that’s how things are.’” (p. vii).  Flannery O’Connor once loaned some stories to a neighbor who lived nearby.  When the neighbor returned the books, Flannery remembered her remarking “‘Well, them stories just gone and shown you how some folks would do.’”

Great short story writers provide insights that help us understand our own thoughts, emotions, actions, and experiences as well as those of others.  These stories have the magical ability to expand our imaginations and offer us glimpses of the world and its possibilities from many perspectives.

Many of my favorite short story writers—Jumpha Lahiri, Bharati Mukherjee, Gish Jin, Chitra Divakaruni, and Chimamanda Ngozi Adichie— provide insight into the experiences of immigrants as they try to balance assimilating into a new culture with retaining their cultural identity and homeland ties.  The country they find is often shockingly different from the one they anticipated, making the change even more difficult.

Chimamanda Ngozi Adichie’s “The Thing Around Your Neck” is especially powerful because Aciche has written it in second person, sweeping readers into the story and making it very personal and powerful from the beginning:

You thought everybody in America had a car and a gun; your uncles and aunts and cousins thought so, too. Right after you won the American visa lottery, they told you:  In a month, you will have a big car. Soon, a big house.  But don’t buy a gun like those Americans.  (p. 115)

“You” go through a series of experiences with the protagonist, but none of them are what you anticipated when you were the envy of your Nigerian family, winning the lottery to go to the country where you would surely get rich quickly. The United States you discover is not one to envy. After your American uncle sexually assaults you, you leave his house and only have enough money to rent a tiny room with a stained carpet.

Your job as a waitress doesn’t pay enough for you to buy things your relatives want so you feel too ashamed to write.  Your dream of going to a community college is dashed so you go to the library and read some of the books.  You want to write your friends and family about the rich Americans who are thin and the poor Americans who are fat; about the Americans who guess you are African and tell you they love elephants and want to go on a safari; about how you often feel invisible; about how you often sit on your lumpy mattress and think about home.

When you do finally write, you discover your father died five months ago. You curl up in bed and wonder what trivial thing you were doing in this strange country on the day he died.

A short story written in 1892 that has become an American classic, Charlotte Perkins Gillman’s “The Yellow Wallpaper,” offers insight into how women with depression were treated by doctors during that time period.  The story is based upon Gillman’s own “severe and continuous nervous breakdown tending to melancholia-and beyond.”  Gillman, similar to the narrator of her story, sought medical help and was prescribed a “rest cure” common for women which restricted them from doing anything that might “tax” their minds such as reading, writing, and thinking.

The narrator of “The Yellow Wallpaper,” suffering from post-partum depression, is confined to an upstairs bedroom where she can be free of stressful distractions and able to rest.  Her only companion is her journal.  Without mental stimulation, she becomes psychotic and begins to hallucinate that there is another woman behind the wallpaper, trying to break free.

In her 1913 essay, “Why I Wrote the Yellow Wall-paper,”  Gillman said she wrote her story to raise awareness about the treatment of women with mental illness.  The story “was not intended to drive people crazy,” she said, “but to save people from being driven crazy, and it worked.”  The story proved influential in changing the way doctors viewed women and treated depression.

Contemporary writers, beginning with the Vietnam War era, have written short stories that give us insight into the psychological toll that warfare takes on men and women who go to war, both during combat and after they return home.

In his foreward to Fire and Forget, Collum McCann writes:

Short stories written by Tim O’Brien (“The Man I Killed”) and Ron Rash (“Return”) both provide insight into the tormented psyches of veterans haunted by the images of soldiers they killed in combat.  Both writers personalize the men they killed, imagining what their lives would have been like living in Vietnam (O’Brien) or Japan (Rash) had they survived.  Rash writes:

He knows there are mountains in Japan, some so high snow never melts on their peaks. The man he killed could have been from those mountains, a farmer like himself, just as unused to the loud humid island nights as he’d been—a man used to nights when all you heard was the wind.” (131-132)

Before leaving the Japanese soldier’s body, the veteran says a prayer and performs a humanitarian act instead of taking the opportunity to plunder.  The fact that he is never named suggests he could be any veteran who senses a similarity between the man he has killed and himself.

Other great short story writers give us insight into a variety of issues such as prostitution (Claire Vaye Watkins’ “The Past Perfect, The Past Continuous, The Simple Past”); the lure of firefighting (Rick Bass’s “The Fireman”); growing up in poverty (Dorothy Allison’s “Steal Away”); culture shock and discrimination (“Silver Pavements, Golden Roofs” by Chitra Banerjee Divakaruni); blindness (Lynne Sharon Schwartz’s “By a Dimming Light”); the Holocaust (Cynthia Ozick’s “The Shawl”; grief and loss of innocence (Margaret Atwood’s “Death by Landscape”);  arranged marriages (Ramola D’s “Temporary Lives”) and obesity (Claire Davis’s “Labors of the Heart”).

We may never be prostitutes, firefighters, blind authors, or immigrants, but these stories take us outside of our limited worlds and widen our awareness of what others may experience and feel.