Skip to content
Home/Writing Tips/Short Story Series: Be a Great Observer
Previous Next 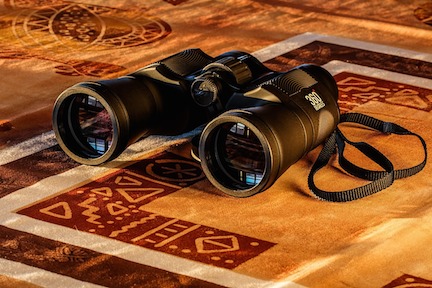 This is the second blog in the weekly 15-part Discovering the Greatness in Smallness: 15 Qualities of Great Short Story Writers series by Susanne Carter.

“All you can write is what you see” – Woody Guthrie

Irish writer Joseph O’Connor finds that short story writers are “strange creatures” who are hard to describe. But the one characteristic they all share, he says, is this: “…writers are watchers. The one and only thing they have in common is an ability to look at the everyday world and be knocked out by it. Stopped in their tracks. Startled. Gobsmacked.”

“Writers are first and foremost observers,” according to Lisa Unger. ‘We lose ourselves in the watching and then the telling of the world we find. Often we feel on the fringes, in the margins of life. And that’s where we belong. What you are a part of, you cannot observe.”

Flannery O’Connor believed that serious writers “always have their eyes open,” searching for “the extraordinary magic that lies in the everyday.”   Even if you don’t have pen in hand (or laptop on lap), she said, “If you’re serious about writing, you’re a writer twenty-four hours a day, in the office, in school, doing the dishes and in your dreams.”

Great writers observe everyday things and translate them into words to share with readers through their writing, says Ava Joe. In order to do that, she points out, writers “must first pay attention to everything, all the time, and take mental (or real) notes as we move through our lives and experience the world.” Everything observed in the world of a writer is viewed as potential material for a story, according to Terry Brooks.

The Vietnam War story “The Man I Killed” exemplifies Tim O’Brien’s brilliant observation techniques.   Emotionally conflicted at coming face to face with his first grenade victim, O’Brien (the author of as well as a character in the short story collection The Things They Carried) stands frozen in a state of shock as he begins describing the features of the Viet Cong soldier he has killed and the graphic details of his dead body. But then he moves beyond physical details into the realm of fantasy, both consoling and torturing himself by personalizing the young man and imagining what his life was like in Vietnam:

He would have been taught that to defend the last was a man’s highest duty and highest privilege. He had accepted this. It was never open to question. Secretly, though, it also frightened him. He was not a fighter. His health was poor, his body small and frail. He liked books. He wanted someday to be a teacher of mathematics. At night, lying on his mat, he could not picture himself doing the brave things his father had done, or his uncles, or the heroes of the stories. He hoped in his heart that he would never be tested. He hoped the Americans would go away. (p. 173)

As in many of his stories, O’Brien makes war very personal by introducing the fallen soldier from the perspective of the American soldier who is ridden with guilt and torment. The details of this man’s body and life he observes both physically and in his imagination will not allow us to dismiss the soldier as a dead body or an enemy—he is a human. And that makes for a powerful story.

Has observing helped in your writing?