Skip to content
Home/Writing Tips/Short Story Series: A Sense Of Place
Previous Next 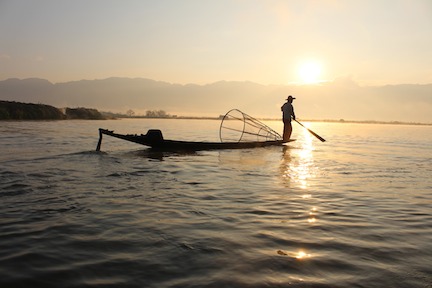 Write From Where You Are: Part 8

This is the eighth blog in the weekly 15-part Discovering the Greatness in Smallness: 15 Qualities of Great Short Story Writers series by Susanne Carter.

“Every story would be another story, and unrecognized . . . if it took up its characters and plot and happened somewhere else.” – Eudora Welty

Eudora Welty believed that a “sense of place is as essential to good and honest writing as a logical mind; surely they are somewhere related.” She wrote: “One place understood helps us understand all other places better.”

Sally Zigmond notes that “place” can be anywhere along as it is as necessary to the story as the plot and characters.  The place could be in a character’s imagination (Tom Franklin’s “Alaska,”), a prison cell (Jean-Paul Sartre’s “The Wall), in the middle of a cow pasture (Flannery O’Connor’s “Greenleaf”), inside an F. W. Woolworth’s store (P. B. Parris’s “Carmen Miranda’s Navel”), in the graves of Confederate soldiers (Ron Rash’s “Dead Confederates.”) or on another planet (Ray Bradbury’s “The Other Foot”).

Ron Rash’s “sense of place” is Southern Appalachia, a land of double-wide trailers, aging cars and lost souls, where he grew up and still lives.  The region with its “rugged, brutal landscape of exceptional beauty, promise, and suffering” is a character in its own right in his novels and short stories.  The characters who populate the hollows and gorges of this rough and remote land often live in despair as they continually confront the darker side of life through mistakes and misfortunes that are often of their own making.  Many seem to have lost almost everything but their pride, but they are tough in their acceptance of fate and have learned the art of survival in this harsh environment where family ties and traditions run deep.

Alistair MacLeod had a talent for “turning geography into character,” wrote New York Times reviewer Martin Arnold. Most of his stories are set in Cape Breton on the eastern shore of Canada where he grew up.  “His characters are fishermen, a ‘mad woman’ lighthouse keeper, loggers, miners, their wives and children and their ancestors back many generations. And always the geography.”  As they battle the generosity and cruelness of their environment to survive, these characters live with the daily threat of death at sea, on the land, or underground in the mines. But the strength of their Scottish culture and heritage sustains them.

In a review of one of MacLeod’s short story collections, a reviewer wrote: “The sea and the land are characters as much as any of the sentient creatures that occupy their worlds.”  This description of the ocean in autumn excerpted from “In the Fall” exemplifies that as MacLeod gives the water an almost human quality:

It is hard to realize that this is the same ocean that is the crystal blue of summer when only the thin oil-slicks left by the fishing boats or the startling whiteness of the riding seagulls mar its azure sameness. Now it is roiled and angry, and almost anguished; hurling up the brown dirty balls of scudding foam, the sticks of pulpwood from some lonely freighter, the caps of unknown men, buoys from mangled fishing nets and the inevitable bottles that contained no messages. And always also the shreds of blackened and stringy seaweed that it has ripped and torn from its own lower regions, as if this is the season for self-mutilation – the pulling out of the secret, private, unseen hair.

Alaska is the overarching character that dominates Nancy Lord’s second short story collection, Survival.  Our largest, coldest, most remote, and most pristine state “looms as a presence that variously is vast and claustrophobic, dangerous and freeing, exhilarating and depressing,” according to a Google review.  All of the characters are in varied ways attempting to endure the challenges of living in Alaska.

Many of the characters in these 15 stories are similar to the narrator of “Small Potatoes” in their attraction to Alaska, contemporary pioneers who find it comforting that “there is still so much unfenced and untrammeled space.”  She writes:

When I came to Alaska, it was with the sure knowledge that here were places that, truly, no one had stepped.  And it mattered, the sense of putting a foot down and knowing I was the first to look upon the world from exactly that vantage point.  Every night—of mountain or mouse hole—was a discovery.  (p. 113)

Much less expansive but no less impressive is the yellow wallpapered bedroom that takes on character proportions in Charlotte Perkins Gillman’s classic “Yellow Wallpaper,”  published in  1892. Most of the story takes place in an upstairs bedroom where the narrator is confined in order to recover “from temporary nervous depression,” a common diagnosis for women during that time period. Ordered to rest by her physician husband and deprived of any mental stimulation, the narrator begins a descent into psychosis as the yellow wallpaper begins to assume a life of its own in her mind.

Russell Banks set his interrelated collection of short stories—Trailerpark—in a rundown trailerpark in New Hampshire where “the people who live there are generally alone at the center of their lives.”  In his review of the collection, Paul Binding describes how the trailerpark setting shapes the lives of Banks’ characters:

Trailers, which vary in size, shape, condition and quality, have this in common; they are only superficially grounded, they rest on the land without the foundations necessary for the more bourgeois buildings of town or suburb. Similarly their occupants, though they may remain in their trailers, indeed in the same park, for many years, never quite form, or even add up to, a community—however cognizant they are of one another’s doings, whatever the friendships or enmities that develop between them. Their mode of living preserves (as it derives from) a detachment, which with advancing age becomes just another name for loneliness. They are widows and widowers, divorcees and bachelors and retired Army offices, a black man in a white society, a homosexual in a heterosexual society—all of them, man and woman, adult and child, basically alone in the world.

India, with its rigid class system and gender expectations, provides the setting for the stories in Ramola D’s debut, “Temporary Lives.”  Whether Hindu, Muslim, or Christian, all of her characters are oppressed by the conditions of their environment and try to devise ways to escape them with varied outcomes.  One of the brothers in “The Next Corpse Collector” tries to flee his father’s profession of corpse collector, only to find himself having to play that very role for his younger brother when he too tries to escape an unwanted fate.  The wife in “Temporary Lives,” whose story is based on the oppression and repression suffered by women of Ramola D’s generation in India, survives her husband’s betrayal by creating and finding a degree of happiness in her own private redemptions in a world where choices for women are very limited.

Scenes are the invisible stitches that hold together a story, writes Zigmond.  “Scene-setting needs to be stitched into the fabric of the story,” she writes. “The stitches mustn’t show but without them the whole story will fall apart.”

What story do you feel has the strongest sense of place?