I Am A Writer Series – Writing Tips From Peter Parkin 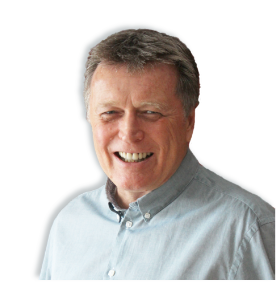 Want to know what other writers think? Check out our I Am A Writer Series, where we ask writers to share tips, experiences, and thoughts about what matters to them.

Do you have a writing routine, or do you write when inspiration strikes?

Since I am an author of mystery/thrillers, I tend to write at nighttime. When it’s dark, quiet, and serene. And when I know I won’t be getting any interruptions from phone calls or emails. I turn on the stereo quite loud, to oldies music. I find music to be motivating, and that’s also the way I studied back when I was in school. Always needed music, but only a certain type of music—sentimental tunes. I try to do only one chapter a night, and then I take two or three days of rewrites and second-guessing before it’s perfect. At least in my mind it’s perfect!

During my long business career, I learned “mind mapping.” So I never use story boards, and I seldom use notes. I form characters and plotlines within boxes in my head, and they simply flow from there. The only notes I tend to make are with respect to continuity points, and some research items. My books lean towards being, at times, research intensive, so I jot down items that need studying, so that I don’t miss them. But otherwise, I abhor note-taking or rigid plot outlines, because I want the flexibility that “mind-mapping” provides.

Do you ever show your writing-in-process to friends and family, or do you prefer to wait until it has been polished and perfected?

I have always used several family members as a “focus group” for the novels, and they give me valuable input chapter by chapter. I’m objective about writing, and I know that a writer can at times be too close to the story. It’s important to get feedback from a “reader’s perspective” as to levels of engagement and intrigue. Also, for my last three novels, I’ve included my fiancé as co-author. She participates with me on the storylines and research. I do the writing based on our joint discussions, and she gives me feedback as well as to whether or not each chapter meets the objectives that we set.

I started writing more or less as a hobby, once I retired early from the business world. It’s something I had always wanted to do and I knew I had a natural talent for it, so it became an obvious choice as a hobby. However, right after the first book, and while enjoying the critical acclaim it received, I began thinking that I was selling myself short by not putting more emphasis on the marketing side. And with each successive book (there are five published now, with the sixth in the works) the five star reviews have continued. In fact, readers have raved that the books are as good as anything they’ve read from “name” authors, and I frequently get comments that each of them would be wonderful movies. So, I guess the challenge for me is being content with writing as still being just a hobby, as opposed to being motivated to take it beyond that. I’m leaning in favour of treating it as a wonderful hobby and just being satisfied with that joy.

When you begin to write, how do you get started?

I try to avoid “analysis paralysis.” If an idea for a story pops into my head, even if I have no idea how it’s going to develop, the first thing I do is “give it life.” I write a “test” Chapter One, just to see how it feels. I introduce the main character, and maybe one or two secondary ones, and get the story rolling. I usually have in my mind a very loose beginning, middle, and end, but I don’t ever hold myself to those. I like to be flexible and let the story unfold upon itself, and let it take detours if need be. Again, I don’t take notes so everything is up in my head only. If that first chapter doesn’t gain any traction in my mind, I discard the idea and move on to another one. So on and so on, until the test chapter resonates with me and gets me excited.

Peter Parkin makes his home in Alberta, Canada. He’s the proud father of two sons, and the grandfather of two wonderful little grandsons. Prior to writing novels, Parkin spent his career as an executive in the business world. He still serves as a director on two corporate boards.

Parkin’s novels tend to have a common thread: abuse of power and how the average person finds the courage to rise up against all odds. The wonders and dangers of the natural world are areas of interest to Parkin, as are the machinations of governments across the planet. The characters in Parkin’s books tend to be people who are willing to question and challenge, and are not prepared to just accept the status quo. All five of his books have been mystery/thrillers. Serpentine is Parkin’s fifth novel. His four previous works are Mule, MetroCafe, Skeleton, and Headhunter. Serpentine is his third collaboration with co-author Alison Darby.

Do you have a writing routine?