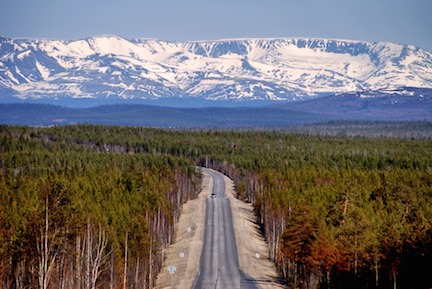 This is the third blog in the weekly 15-part Discovering the Greatness in Smallness:  15 Qualities of Great Short Story Writers series by Susanne Carter.

“I just kind of feel (the story) out like a hound dog.  I follow the scent.”—Flannery O’Connor

Ron Rash is typical among great short story writers in saying that he never writes an outline or develops a plot before he begins to writing a short story.  “I really don’t know where it’s going,” he says. “Maybe I have a vague idea, but I think sometimes there’s a danger that comes from having an outline, that you’re kind of putting it on rails, not allowing the story to jump off and go to a place that is surprising to the reader, and to you as a writer.”

L. Annette Binder compares writing short stories to “taking the best sort of road trip”—the one without a clear destination in mind.  “I usually have no idea where it will take me, but as long as there’s fuel I just keep on going. Some stories come quickly and others are a slog, but every piece I write begins with my wanting to see the world through someone else’s eyes, if only for a little while.”

Similarly, Flannery O’Connor said her stories evolved rather than being planned. In Odd Type Writers (2013), Celia Blue Johnson describes how O’Connor followed a daily ritual of sitting down to write in her small bedroom every morning after attending mass.  That way, O’Connor could be certain, she said, “if anything comes, I am there waiting to receive it.”  (p. 161)  She didn’t make outlines, take notes, or write character sketches.  She waited.  And waited. And when an idea came her way, she simply plunged into the story.

One of the many “things” that came to O’Connor as she sat in her bedroom was an idea that evolved into the story “Good Country People.”   ”When I started writing that story,” said O’Connor, “I didn’t know there was going to be a Ph.D. with a wooden leg in it. I merely found myself one morning writing a description of two women I knew something about, and before I realized it, I had equipped one of them with a daughter with a wooden leg. I brought in the Bible salesman, but I had no idea what I was going to do with him. I didn’t know he was going to steal that wooden leg until ten or twelve lines before he did it, but when I found out that this was what was going to happen, I realized it was inevitable.”

“Give me my leg!” she screeched. He jumped up so quickly that she barely saw him sweep the cards and the blue box back into the Bible and throw the Bible into the valise. She saw him grab the leg and then she saw it for an instant slanted forlornly across the inside of the suitcase with a Bible at either side of its opposite ends. He slammed the lid shut and snatched up the valise and swung it down the hole and then stepped through himself. When all of him had passed but his head, he turned and regarded her with a look that no longer had any admiration in it. “I’ve gotten a lot of interesting things,” he said. “One time I got a woman’s glass eye this way. And you needn’t to think you’ll catch me because Pointer ain’t really my name. I use a different name at every house I call at and don’t stay nowhere long. And I’ll tell you another thing, Hulga,” he said, using the name as if he didn’t think much of it, “you ain’t so smart. I been believing in nothing ever since I was born!” and then the toast-colored hat disappeared down the hole and the girl was left, sitting on the straw in the dusty sunlight.

Jumpha Lahiri tends to “hear” stories as she is drifting off to sleep.  “They are spoken to me, I’m not sure by whom,” she says.  “By myself, I know, though the source feels independent, recondite, especially at the start. The light will be turned on, a sentence or two will be hastily scribbled on a scrap of paper, carried upstairs to the manuscript in the morning. I hear sentences as I’m staring out the window, or chopping vegetables, or waiting on a subway platform alone. They are pieces of a jigsaw puzzle, handed to me in no particular order, with no discernible logic. I only sense that they are part of the thing.”

Science fiction writer Ray Bradbury said his stories “run up and bite me on the leg—I respond by writing down everything that goes on during the bite. When I finish the idea lets go and runs off.”

Do you usually write with a plan?