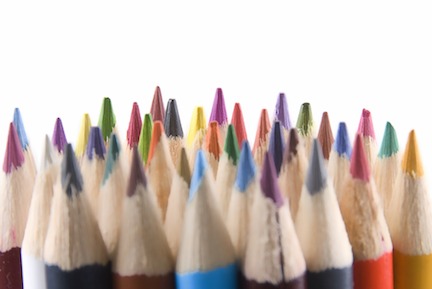 This is the fifth blog in the weekly 15-part Discovering the Greatness in Smallness: 15 Qualities of Great Short Story Writers series by Susanne Carter.

Get in, get out.  Don’t linger. Go on.—Raymond Carver

The best short stories are tightly constructed and compacted.  They are both dense and intense. Not a word is wasted.  Short stories stay focused; they don’t ramble or digress or elaborate or wander around like novels often do.  As Sheila Kohler writes, “You have to get in and get out very quickly, and something has to happen in between.”

In his introduction to 50 Great Short Stories, Milton Crane explains how the short story’s brevity is its greatest strength:

What makes a great short story?

The sudden unforgettable revelation of character; the vision of a world through another’s eyes; the glimpse of truth; the capture of a moment in time.

All this the short story, at its best, is uniquely capable of conveying, for in its very shortness lies its greatest strength. It can discover depths of meaning in the casual word or action; it can suggest in a page what could not be stated in a volume.

In an interview for the Journal of the Short Story in English, Canadian writer Alistair MacLeod, who wrote both novels and short stories, said he preferred to write in the more compressed form.  “I like to write with a kind of intensity,” he said. “In track and field terms, I think of it as a 100 yard-dash, whereas I think of a novel as a marathon! When I began to write the novel, I was not sure whether I could maintain that intensity for 300 pages. That’s why I like the short stories.”

One of my favorite short stories, “The Story of an Hour,” written by Charlotte Perkins Gillman in 1894, is only 981 words.  In less than two pages she develops her characters and executes her plot, creating what Joseph O’Connor calls a “quiet bomb” that leaves readers stunned.

In 266 words (consisting of two Faulkner-like, paragraph-long sentences and one short, closing sentence) Annie Proulx’s “55 Miles to the Gas Pump” exposes the malevolent character of an isolated Wyoming rancher whose dirty pastime, discovered by his wife after his death, eventually pushes him over the brink. The “brevity and syntactically odd” form of the story, writes reviewer Claire Skinner, “corsets the disturbing content into something manageable.”

In just over 500 words during a family’s Christmas Eve dinner Amy Tan explores the themes of adolescent angst, conformity, identity, and culture assimilation in her story “Fish Cheeks.”

The story begins with the teenage narrator’s confession that introduces these interwoven themes:

I fell in love with the minister’s son the winter I turned fourteen. He was not Chinese, but as white as Mary in the manger. For Christmas I prayed for this blond-haired boy, Robert, and a slim new American nose. When I found out that my parents had invited the minister’s family over for Christmas Eve dinner, I cried. What would Robert think of our shabby Chinese Christmas? What would he think of our noisy Chinese relatives who lacked proper American manners? What terrible disappointment would he feel upon seeing not a roasted turkey and sweet potatoes but Chinese food?

Sherman Alexie’s “Indian Education” is a series of mini-vignettes, each only a few paragraphs long, that chronicle Victor’s (the highly autobiographical protagonist-narrator) experiences in on and off reservation schools.  In less than 8 pages, readers learn how difficult life was (coping with the challenges of poverty, discrimination, substance abuse, lack of opportunity, suicide, etc.) for Victor growing up on a reservation.  In “Eighth Grade,” he writes:

“Give me your lunch if you’re just going to throw it up,” I said to one of those girls once.

I sat back and watched them grow skinny and self-pity.

Back on the reservation, my mother stood in line to get us commodities.  We carried them home, happy to have food, and opened the canned beef that even the dogs wouldn’t eat.

But we ate it day after day and grew skinny from self-pity.

Do you write concise and compact?