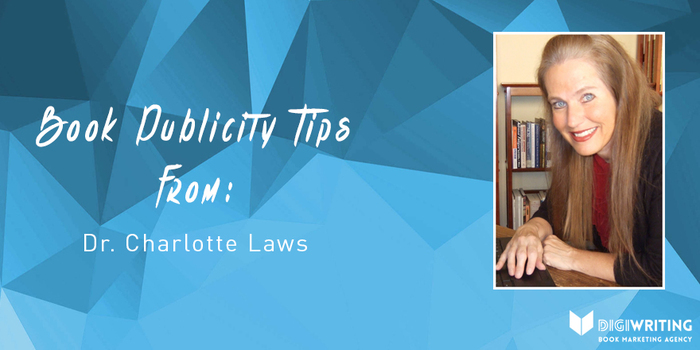 Looking to improve your marketing and publicity efforts? Check out our Book Publicity Tips series where we ask real authors to share their experiences, thoughts, and advice to assist both new and established authors.

Have you ever performed a marketing “faux pas”? How did you learn from your mistake?

My first book, Meet the Stars, was published by Ross Books in 1988. I did media before the book was available in stores; a huge mistake, because I missed major sales opportunities. In fact, my very first interview was on the Oprah Winfrey Show, the highest rated show in history. Not only were viewers unable to purchase my book, but at the time, I had no experience as a talk show guest. I would have been a more polished interviewee had I first appeared on local shows and worked my way up to national ones. I did not repeat this marketing mistake with my recently-released memoir, Rebel in High Heels. Although I did interviews prior to the release of the book, I withheld the most press-worthy content until the book was available for sale.

I once had an unusual marketing “win.” I gate-crashed ABC studios in order to pitch my book to the producers of the show AM Los Angeles, and to ask if they’d let me be a guest on the program. My ploy worked. I was introduced on air as “the woman who crashed our television studio.” I appeared on the show twice.

Being on television or the radio can be nerve-racking. Can you share one of these experiences with us?

Practice makes perfect. I know that is an old adage, but it is true. As an author does interviews, he or she will become more comfortable with the process. I have done hundreds of interviews in my life, so I rarely get nervous anymore. An author may want to appear on public access TV and small online radio shows in order to obtain initial experience.

Once, I was booked for “The Late Show,” and I was a little apprehensive—not so much about the interview and the live studio audience, but about a pre-arranged “gag” requested by the producer. This “bit” was designed to illustrate my party crashing skills and lead the conversation into some of my humorous celebrity escapades. The host planned to flip through my little black book, find a famous person’s phone number, and call him. I had asked Julio Iglesias to expect a phone call during my segment. He waited by the phone, but the host dropped the gag at the last minute. To this day, I feel bad for wasting Julio’s time. But there was good news: the show was a success. I sold many copies of my book.

How do you prepare for interviews? Can you share a few tips?

My goal is to be entertaining and informative.

a) I make sure I am up to date on the latest news related to my book and / or my topic.

b) I gather together relevant statistics and memorize them. It is always nice to have facts and figures.

c) I select interesting true stories to tell about my life and / or my book. Audiences love funny and unusual tales.

d) I make sure the interviewer has access to a list of suggested questions, and of course, I have excellent answers for these questions. Some hosts will use the list; others won’t.

Have you ever held a book signing or launch event? How important are these in your overall marketing plan?

I did dozens of signings around the country with the release of my first book in 1988. I set them up myself because my publishing house was small with limited resources. I traveled to a city, did the morning show, and then headed to the local bookstore for the signing. Today, a nationwide tour with signings is less important due to the impact of the Internet. I can do most TV and radio shows from Los Angeles (where I live) either by Skype, by phone, or by going into a local studio to appear via satellite. Print reporters conduct phone interviews with me or fly into Los Angeles to meet with me. I have only had two signings for my current book. I was initially worried about turnout because I had attended two sparsely attended signings at the same locale: one was for a famous singer and the other was for a famous director. I advertised the event through my Twitter and Facebook and even did a Reddit AMA. Luckily I got a fairly large crowd.

To answer your question, I think book signings are much less important today than they were 30 years ago. Online marketing and media exposure are integral to book sales.

Have you connected your book to a major event? Was it effective in building an audience and readership?

My memoir, Rebel in High Heels, partly details my fight against the “most hated man on the Internet” and his revenge porn website. I uncovered a hacking scheme, got the FBI involved, and helped pass legislation to protect victims. During this grueling fight, I received computer viruses and death threats. Plus, a stalker appeared about my home. I had to get my book on the market quickly before court dates, guilty pleas, and the introduction of legislation. I knew the press would be contacting me for on-the-record statements about these events, and I wanted to be able to mention the book.

Rebel also details my three year relationship with singer Tom Jones; he was my first boyfriend. I knew Tom was in the process of writing his own autobiography, and I wanted to beat him to the market with hopes of catching another wave of press upon the release of his book. (It will hit stores in November 2015.) In addition, I discuss my friendship and unusual experiences with Bill Cosby in Rebel. The rape accusations against Bill were a hot topic when my book hit the market. I was lucky; the timing was perfect. Coordinating with these events definitely helped sales.

Charlotte Laws, Ph.D. is the author of the memoir Rebel in High Heels. She is a former California politician, actress, and star of the NBC show “The Filter.” She was voted one of the 30 fiercest women in the world and has appeared on CNN, Nightline, MSNBC, Fox News, Dr. Drew, and Larry King Live. You can follow her on Twitter @CharlotteLaws.

How important are book signings to your marketing initiatives?