Skip to content
Home/Book Promotion News/Putting Your Best Pitch Forward: #CanLitPit by the Numbers
Previous Next

Putting Your Best Pitch Forward: #CanLitPit by the Numbers 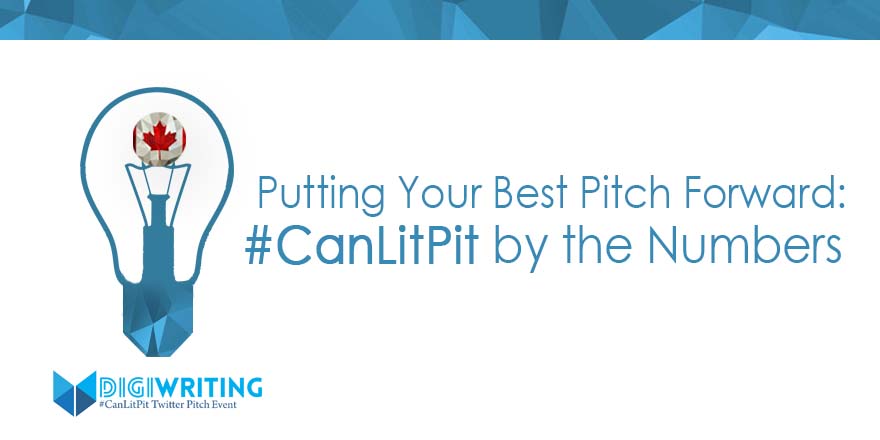 On Wednesday, August 10th, the Canadian writing community came together for #CanLitPit, the first all-Canadian Twitter pitch event. Between 10 AM and 10 PM, Canadian writers posted their 140-word pitches to Twitter, with a number of well-respected and award-winning publishers reviewing them. If a publisher or agent was interested in reading more, they simply had to “like” the pitch. Acting as an official query, the writer was then able to submit their completed and polished manuscript.

Quickly after the Twitter pitch event began, #CanLitPit became the sixth most popular trend on Twitter, with publishers such as Goose Lane Editions, ECW Press, and Book Thug in search of new Canadian voices. By the end of the event, over 500 pitches had been submitted, reaching nearly half a million people. While writers were free to pitch manuscripts from any genre, the most popular genres pitched were children’s picture books and young adult novels.

“Last Wednesday, #CanLitPit proved that Canada has many vibrant and diverse voices that have yet to be discovered,” said #CanLitPit organizer Adam Mawer. “It was our goal to shine a brighter light on Canadian writers in the hope that they would be signed on to a publishing contract with an opportunity to share their story.”

As Twitter pitch events are a new concept to many Canadian writers, DigiWriting ran a pitch workshop together with editor Julie Sadler, offering tips, techniques, and methods for crafting effective and eye-catching pitches. As part of this workshop, a contest ran to determine the “best” pitch as decided on by writers. We’re happy to announce the winner of this contest – and the person who will be receiving a FREE digital book cover from our graphics team – is…

The next #CanLitPit will be held on Wednesday, February 8, 2017. Stay tuned for more details!

For now, here is a brief peek at last Wednesday’s event: 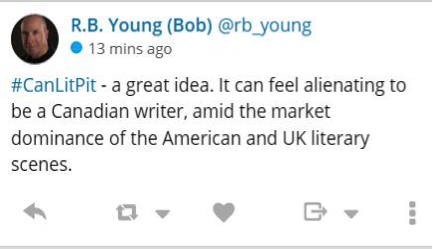 Did you participate in #CanLitPit? What did you think? Let us know via Twitter!