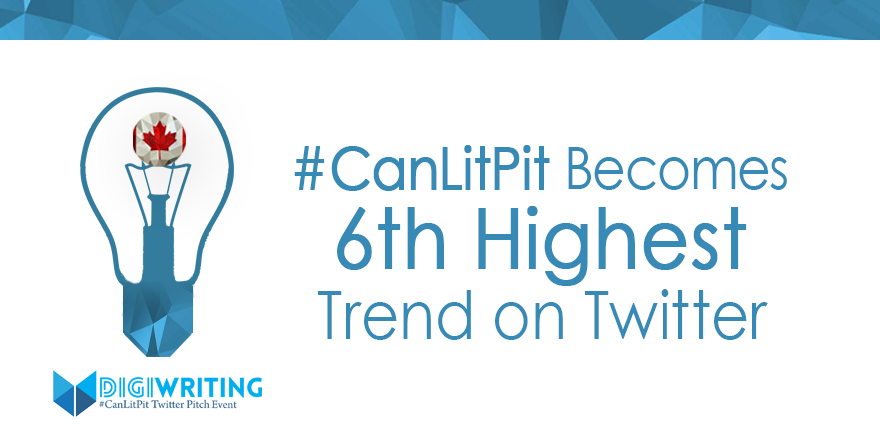 A Summary of Media Coverage from the Inaugural #CanLitPit

With a few weeks now removed from the inaugural #CanLitPit, our entire team is still astounded over the number of Canadian writers who took to Twitter to pitch their unpublished manuscripts. While it was clear that young adult and children’s literature dominated the event, writers with different backgrounds and styles came together to create a diverse literary community that could only come from Canadian voices.

By the end of the event, #CanLitPit had become the 6th highest trend across Canada, which is a major milestone for a first-time event. To us, this is a clear indication that #CanLitPit represents a national progression of the manuscript submission process in the already progressive Canadian publishing industry. 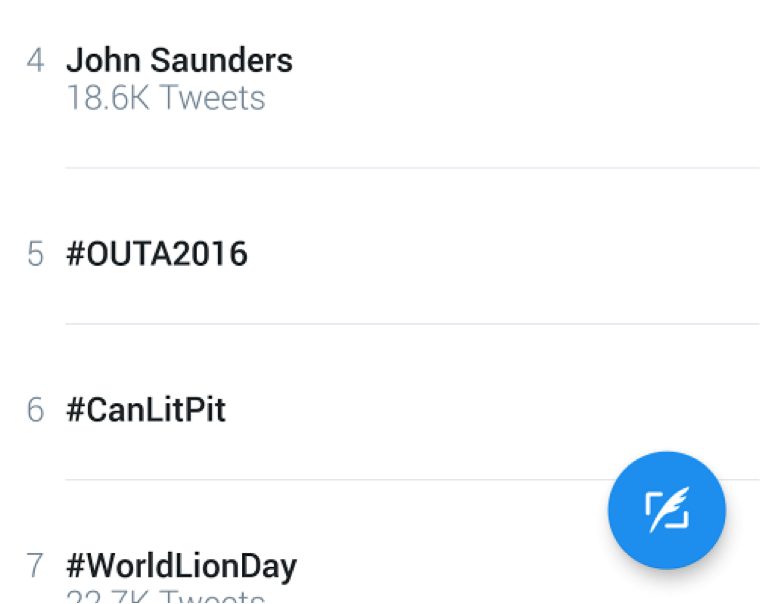 As a result of the trending hashtag, we received media coverage that featured the event both from a writer’s and a publisher’s perspective.

On top of tweeting about #CanLitPit on event day, Quill and Quire posted an article reviewing the event from a publisher’s perspective. Many publishers, even those that have yet to sign any writers from #CanLitPit (the submission review process is still ongoing—stay tuned for updates!), explained that #CanLitPit was more so about bringing the Canadian writing community together.

Crissy Calhoun, ECW Press’s creative director, says the event was more about networking and community-building than actually acquiring books. ECW hasn’t yet seen any book deals come to fruition, but Calhoun says the press gladly would participate again (and we’re glad to have them!). “The goal for me is not so much to find a must-publish-it pitch in 140 characters, but to engage with the writing community more broadly.”

Turnstone Press’ publisher Jamis Paulson noted that, “This was our first time engaging in this type of project so our expectations were fairly modest. Really, what can be accomplished with a tweet? The truth is, quite a lot. We were able to engage with writers in a way that was energizing, inspiring, and just plain fun.”

During #CanLitPit, several participating writers appeared on the CBC radio program All in a Day hosted by Alan Walker. During the interview, the writers spoke about how participating in #CanLitPit was a refreshing and innovative take on the manuscript solicitation process, as well as touching on how difficult it is to summarize their work in a single, 140-character tweet.

Later, speaking on Angel House Press’ podcast, poetry author and CBC interviewee Amanda Earl explained how she wanted to find the “right” publisher for her unpublished work of poetry so she decided she would give #CanLitPit a try. Commenting on the pitch writing process, Earl explained that she had spent 3 days writing her pitches and even re-wrote them on event day! She was also kind enough to complement our Pitch Workshop, noting, “a lot of it was more applicable to fiction but there were some things that made perfect sense like, ‘Who is your work intended for?’ and ‘What are some other works relevant or similar to yours?’ For most writers, these are not things they think about until much later in the submission process.”

To re-cap the previous day’s events, Ottawa-area independent publisher Sands Press also appeared on CBC’s All in a Day. Associate publisher Kristine Barker discussed how thrilled they were to be discovering new voices while also gaining exposure within the Canadian publishing scene.

We want to thank anyone who participated in #CanLitPit and provided media coverage during and after the event.

We’ll do it all again on Wednesday, February 8, 2017 with information on that event being available in late 2016 at digiwriting.com/canlitpit.

Did you read or see any media coverage on #CanLitPit that we’ve missed? Let us know!